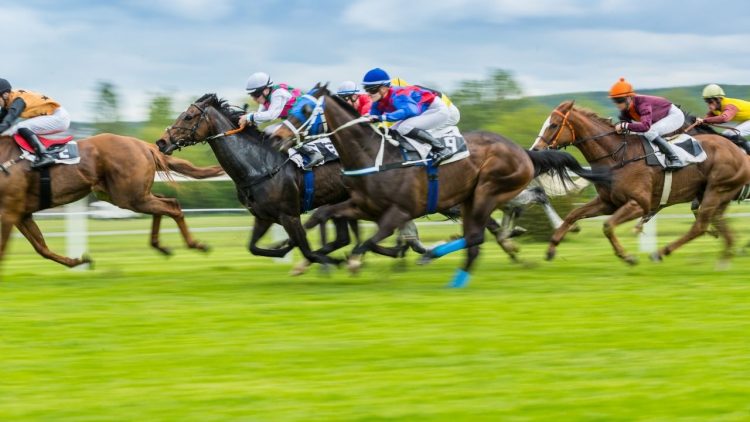 With Cheltenham over it means the stage is set for the biggest race in horse racing — the Aintree Grand National. The marathon event held over 4 miles and 2 1/2 furlongs isn’t for the faint of heart and stamina will absolutely be put to the test.

It’s always difficult to make accurate Grand National predictions given the variation in conditions, going and chaos the race produces each year and that’s one of the great pieces of excitement — that each entrant could be a winner.

For those in need of some direction on who the best bets are for the race, the expert tipsters at OLBG have compiled a NAP sheet to give you tips on which horses should perform well.

Some people back horses for their names or colours and some study form, but everybody likes an underdog and a big outsider to win the main event. In this article I’ll review the best outsiders for the 2021 Grand National.

At 20/1, The Storyteller looks a solid each-way bet for the Aintree Grand National.

The 10-year-old is only a year older than the average Grand National winner, and the steed has warmed up ably in the Grade 1 Stayer’s Hurdle at Cheltenham this year. A fifth-place finish behind surprise winner Flooring Porter shouldn’t be too much of a concern for a few reasons.

Cheltenham is one of the greatest racecourses in the south of England and has been graced with exquisite equine athletes over the years, but they rarely go on to have great success at Aintree. With only three weeks turnaround time, it’s difficult for trainers to manage their horse’s condition to be in peak athleticism for both events. A fifth placed finish for the Denise Foster trained mount could be seen as a suitable warm up for the biggest race on the planet.

The Cheltenham race was the first time the horse has shown for Foster since it was transferred from Gordon Elliott’s stable, so it’s fair to assume she’ll have learned a lot from the race and that will play to their advantage ahead of its next race in Liverpool.

At 40/1, Lake View Lad will be a popular selection at Aintree given the 11-year-old has been around the course before and has been well fancied.

14/1 in its last outing at the 2019 Grand National, Lake View Lad struggled and never really challenged as it had difficulty maintaining pace after a stumble at the 16th jump, eventually being pulled up at before the 28th fence.

On that occasion, jockey Henry Brooke was fairly inexperienced, and the ground wasn’t perfect for the steed. Brian Hughes has been the preferred jockey in recent races and could well take the reins for the Grand National. The horse has won at Aintree recently with a victory in the three mile Many Clouds Chase (Grade 2) in December, outperforming truly great horses in Native River, Santini and Frodon. Performances like this show that Lake View Lad has the potential to beat even the most dominant of horses when it’s up to the task, and a win at Aintree will give more confidence to the ownership too.

Lake View Lad’s owner Trevor Hemmings has had great success in the race previously with three wins under his belt and the accomplished maestro wouldn’t enter the mount if he didn’t believe it capable of winning the grand prize.

The JP McManus owned horse hasn’t ran outside of France many times, but it has appeared at Cheltenham on the rare occasion it does cross the Channel.Jockey Jonathan Plouganoucouldn’t do anything when beaten into second place at the Glenfarclas Chase on St. Patricks Day, but it was beaten by one of the great racehorses of our time in dual Grand National winner Tiger Roll.

Easysland was a beaten Even money favourite at Cheltenham, but with Tiger Roll missing the Grand National this year, it won’t encounter the same competition at Aintree. At only 7-years-old and with more experience for the loss at Cheltenham, Easysland is a great outsider to back at an inflated 40/1 price tag.