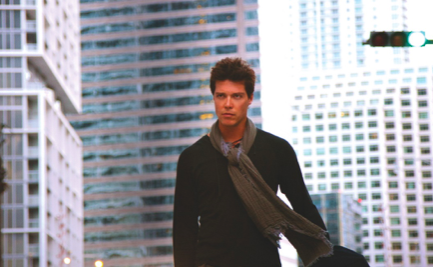 Wayne Dyer, a famous American author, once said, “Stop acting as if life is a rehearsal. Live this day as if it were your last. The past is over and gone. The future is not guaranteed.” His words hold one of the greatest lessons, even though it contradicts the ideology of people who believe planning for the future is the right way to spend their present.

The world is moving forward at a fast-pace. The rapidly advancing lives of people, barely leave time for them to attend to their needs and spend time doing something they love. Almost every individual across the globe is tirelessly working in the present to live a better future.

While this might sound like a smart strategy, it does not let a person live their life the way they want. Not everyone lives like this, but this is the most common practice among the majority of the world’s population. Somewhere between a hectic life and tough schedule, dreams are lost, passions are killed, and future overpowers the present.

There are a few people who are changing the way the world works. These people are teaching the world the right way to live by spending a life where they not only build their careers but even pursue their passions, while spending their time doing things that make them happy.

Out of all these people, there is an individual who not only has a stable law career but is also releasing in the next days his first pop single and is making a name in the entertainment industry. On one hand, where some people think life is too short to do everything, Gianni Mendes, on the other hand, is teaching a lesson that life is short that is why it is important to do what one loves in the present.

Gianni’s life is an example of an ideal lifestyle that was once described by Wayne Dyer. It is important to understand that no one really knows what the future holds for them. Wasting the present for the sake of the unseen future is not the right way to live.

Doing What One Loves Makes a Person Happy & Healthy

Followed by more than 70,000 followers on Instagram, Gianni Mendes is on his way to becoming a top social media influencer and entertainer. His profile is filled with his photographs where he is seen promoting a positive message for all, “The Power is in Your Hands.”

Gianni created a life where he has stepped into every industry that he was passionate about. Born in Sao Paolo, Brazil, and raised in Bologna, Italy, Gianni was always fond of music. His father is a great “aficionado” of Flamenco, an art form based on the various folkloric music traditions of southern Spain.  Living with a father who was friends with some of the most famous artists of his time, encouraged Gianni to make music as well.

Apart from this, the young boy loved giving performances in front of an audience. Gianni Mendes was packed with impressive energy and confidence that made him a fantastic performer. While love for music, performing, and entertainment were brewing in his heart, he also fell in deep admiration for the law profession.

Entertaining the audiences, and serving as one of the few students of Flamenco maestros Manolo Sanlucar and Enrique de Melchor, Gianni decided to step into the world of law. However, he did not plan to give up on any of his passions. He entered the University of Bologna, Italy, to complete his Juris Doctor Degree. At the same time, he was working in collaboration with Enrique de Melchor on his first album, “Colores.” Gianni’s collaborative album release recompiled some of the most famous Flamenco guitar pieces of the modern time. It included the works of Paco de Lucia, Gypsy Kings, and Enrique de Melchor.  Several famous flamenco artists participated in this recording, including Flamenco singer Guadiana.

In 2002, when he completed his Juris Doctor degree, his first album was released, and he toured with Enrique de Melchor at different European venues. From Grenoble, France, to Madrid, Spain, Gianni was building an identity in the world of music.

Now that he had released his album, he went on to further his law education for which he relocated to Florida, United States. He acquired a master of laws from the University of Miami. The lifestyle of Miami was compatible with Gianni’s lively personality, so he decided not to go back to Italy.

After clearing his bar exam in 2005, Gianni set on to a journey to become a renowned immigration lawyer in the United States.  After working in Los Angeles at a large litigation law firm, Gianni co-founded an Italian-American law firm, TLRT, with his best friends, which at present operates across New York, Miami, Los Angeles, San Francisco, Rome, and Milan.

But did he stop here? No.

Gianni was in the game to make it big. He started working on developing a strong footprint on social media. He became a well-known entertainer after his two-minute human mannequin video got viral on the internet.

Turning into an internet sensation helped Gianni acquire a huge fanbase. On July 17, 2020, his first Latin-Pop single, “Te Amaré,” hit the market with a bang.  The song has been composed by Gianni himself in partnership with Tim Mitchell, the multi-Grammy producer of Shakira, for his production. The song features several well-known artists, including Lee Levin (drummer of the Bee Jees, Julio Iglesias and John Secada) and Guillermo Vadala (bassist of Ricky Martin, Jennifer Lopez, and Laura Pausini). “Te Amaré” also comes with a music video featuring female protagonist Candela Marquez, a Spanish soap opera actress very well-known in the Hispanic Market. It was definitely worth the wait!

Gianni Mendes admired the world of law; he made it big in the industry; he loved music, so he first released a Flamenco album and now a pop single; he was passionate about performing in front of an audience, he did that by becoming a social media star and a top entertainer.  Is life too short to do everything one loves? Well, tell that to Gianni Mendes!

Breaking the glass ceiling and rising to the top is SneakMobb Stone, an American rapper and true artist.