From growing up as a refugee to migrating across the world, Taleb has risen to become an international force in the automotive industry 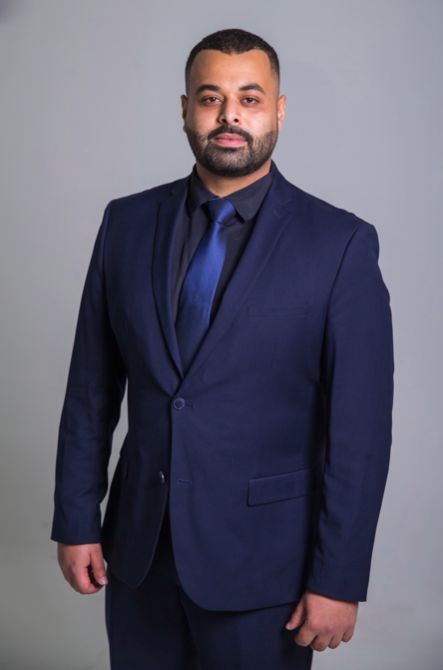 Professor Lloyd E. Shefsky once claimed, “Entrepreneurs are born, not made.” In fact, he even wrote a book with that exact title. Although many disagree with Shefsky’s statement, it certainly rings true in many instances. Abdullah Taleb played a significant role in the evolution of social media marketing, and in doing so, he revamped the automotive industry in a major way. As if that wasn’t impressive enough, Taleb managed to do these things before reaching the age of 18. As a teenager who helped introduce the automotive industry to the lucrative world of social media, he will likely never be acknowledged in the history books for his contributions, solely due to his age; however, that hasn’t stopped Taleb from building a legacy that will be one day be passed down for generations to come.

Taleb has always possessed an entrepreneurial mind for as long as he can remember, and as a child he was already looking to create his first business. Growing up as a refugee in the United Arab Emirates, the problem was not that Taleb lacked the knowledge to begin his first venture; rather, Taleb merely lacked opportunity and financial capital that is typically required to start such a project. Life was not easy for his family growing up with a refugee status, and Taleb watched each day as his parents selflessly strived to provide the best life possible for their children. Observing his parents go to work each day with a relentless work ethic instilled priceless values in Taleb from an early age, and he desired more than anything to one day see his family thrive. He made a promise to himself that he would eventually supply his family with financial freedom, and the rest became history.

Success can often be described as a combination of hard work, consistency, and a bit of luck; however, it’s very safe to say that luck favors those who work hard. After trying for quite some time, Taleb’s parents were finally granted citizenship in the United States and made the decision to relocate their family to the San Francisco Bay Area. Moving across the world to a foreign continent was not an easy decision, but Taleb’s parents knew this move would provide their children with the highest chance for success. Soon after arriving in their new home, Taleb found himself spending a substantial amount of time on his computer, as he did not know anyone in the area. At this time, social media was in its early stages of existence, but it would soon begin to rapidly increase in popularity. He joined Myspace in 2004 in which he created a page dedicated to posting photos and videos of exotic and luxury cars. Growing up in the UAE, Taleb had been exposed to many incredible automobiles, and he developed a strong passion for them throughout the years. As Taleb continued to consistently post quality content to his Myspace, he began to accumulate a large following. Followers soon began to message Taleb inquiring about many of the high-end items in his posts. Once he began to receive an increased amount of inquiries, Taleb realized the earning potential and marketing power that social media possessed.

Taleb efficiently built a network of connections, and his company, Rich Boys’ Toys, was officially established. After receiving and completing his first few orders, the quality of Taleb’s work began to spread to various regions of the world. Having been run exclusively on Myspace, Taleb began to expand the company to other social media platforms and networking applications. The ability to have direct contact with clients and end users was an invaluable advantage, as Taleb was able to capitalize on personal communication channels which greatly helped gain trust and reachability with clients. Rich Boys’ Toys quickly grew to become an exclusive online platform which brokers custom vehicle and bike builds. Taleb and his team began working closely with builders, manufacturers, and designers to create the world’s most exotic and exclusive automobiles. Rich Boys’ Toys continued to flourish, and by the age of 16, Taleb was generating an impressive seven figures annually.

Nowadays, Rich Boys’ Toys has continued to thrive under the leadership of Abdullah Taleb. Using social media as a starting point, he began creating a multisector network in multiple industries, as well as assisting companies and government agencies with supply chain solutions and supply chain management. Taleb now spends the majority of his time identifying present and future market trends, something he believes is critical for any business to become and remain profitable. “Observing, studying, and analyzing market indicators to predict current starting trends, or future growing trends is a key factor for continuity, especially during challenging times,” he stated. Aside from keeping up with market trends, Taleb also strives to be a trendsetter himself. “Creating new trends is a completely different game. Authenticity, originality, and an organic following are all essential components needed to create viral, impactful trends,” he explained. Taleb is also working closely with new technologies, studying AI, and strategically gathering data to predict new trends in the automotive industry. For Abdullah Taleb and Rich Boys’ Toys, the sky is the limit.

Readers can follow Abdullah Taleb on his Instagram to learn more about his influential work in the social media and automotive industries.

Things You Should Know About Whiplash Injuries

Keeping Your Teeth in Good Shape: The How and Why

Keeping Your Teeth in Good Shape: The How and Why