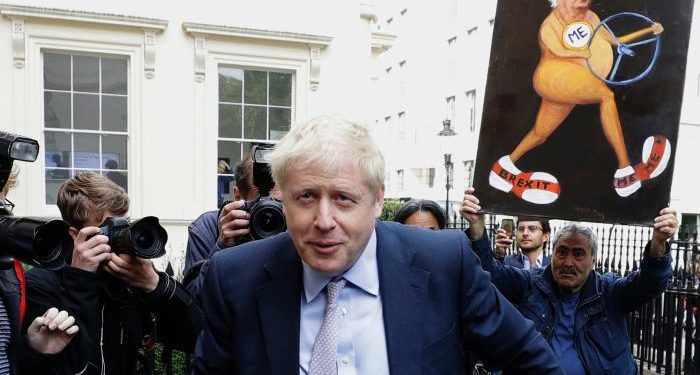 The coalition of left wing activists will launch a resistance which they are calling a “summer of resistance”. They threaten to make the country ungovernable if the next prime minister will try to rip UK apart from Europe with no agreement.

Johnson came on the top in the first ballot round of the Tory MPs. He is leading the race of becoming the next British Prime Minister. He admitted that he will be willing to rip Britain out of the European Union at any cost.

The other candidates like Dominic Raab and Jeremy Hunt also provided the same eagerness that they would take UK out of the Europe without a deal.

The new PM will be elected by Tory members with the backing of MPs. Will face claims they do not have a mandate.

An anti- Brexit demonstration will be held on July 20th. It is called “March for change”. It will mark the Left Bloc fire the starting gun of the resistance. UK will be facing months of disruption with such campaign of resistance and the coming People’s vote campaign’s protest.

Michael Chessum , from AEIP said “If a hardline Tory Prime Minister with no mandate drives us to the brink, we should be willing to use every non violent means at our disposal to drag us back from it. There is no reason why this summer shouldn’t see mass occupations of public space, disruptive protests and even wildcat strike actions.”

Alena Ivanova, said “This movement needs to be radical, both tactically and politically- it has to become a hot summer of resistance, willing to disrupt the status quo. It is essential that the left is present in the movement, carving out a space for a politics that marries opposing Brexit to a programme to deliver jobs, homes and wages for everyone. If the establishment campaign of 216 repeats itself, we will simply lose. “