Have you ever played Mario before? Well, who hasn’t? The most famous classic game of all time, which all of us used to play on our old consoles. In this era of modernization, almost everyone around us has smart phones and the smartphone users are increasing every day. Because of this our life now has become a lot easier than before. Smart phones have given us the ultimate power which was missing at the time when Mario was initially released. Now you can play a lot of games on your smart phones and you don’t really need a heavy console to sit around in front of the TV and plug it in to play games like Mario. Mario was a 2D platformer game made at that time, which became so popular that it broke so many records. Now you can find a lot of games like Mario in the play store on your Android Mobile device. One such game is “Adventures of Blaze” which was published by Dranzer Studios on play store.

It’s a 2D Platformer game like Mario but way better than that. The game has such a unique set of enemies and traps which are never seen before in any of the 2D platform games which exist in the play store. And not just that every level is so beautifully designed and planned by the studios that you won’t feel bored while playing the game. It’s a really challenging game and becomes tougher as you progress. Each level will unlock after you clear the previous level and the 6th level of every world is the most difficult level. At the end of each world, there is a Boss fight level which you have to clear in order to progress to the next world.

This game has 3 worlds – The Forest World, The Snow World and The Fantasy World. All the worlds are amazing and come with unique and beautifully designed features. It’s a must check out game if you have ever been a fan of Mario.

It will make you relive all those OG moments of your life along with this generation freshness. This is the first game ever published by Dranzer Studios and by looking at the game you can’t tell so, as it is so unique and beautifully made. We guarantee you that you won’t be able to find a game like this on play store. There are so many different backgrounds which look so beautiful. One of the main things which I like about this game is that there are no annoying ads on the UI like annoying banner ads or interstitial ads which pop up suddenly when you go back on the menu. The game does contain reward based video ads which you can watch to get more lives immediately, by going to the in game shop. I loved one thing about this game that unlike other publishers who only focus on earning as much as they can even if it means that they will compromise with user experience by showing annoying ads, this game provides you with a very clean interface and a good user experience so that you can really enjoy playing game rather than getting annoyed with those irrelevant ads. So what are you waiting for? Go to the play store and download it now to experience it yourself. 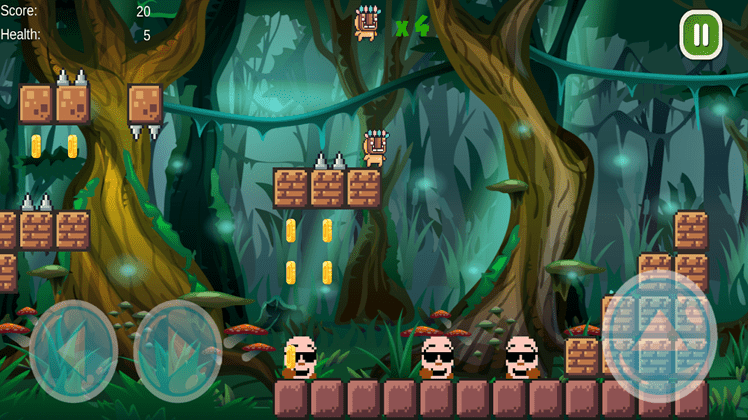 You can download the game from the link below: