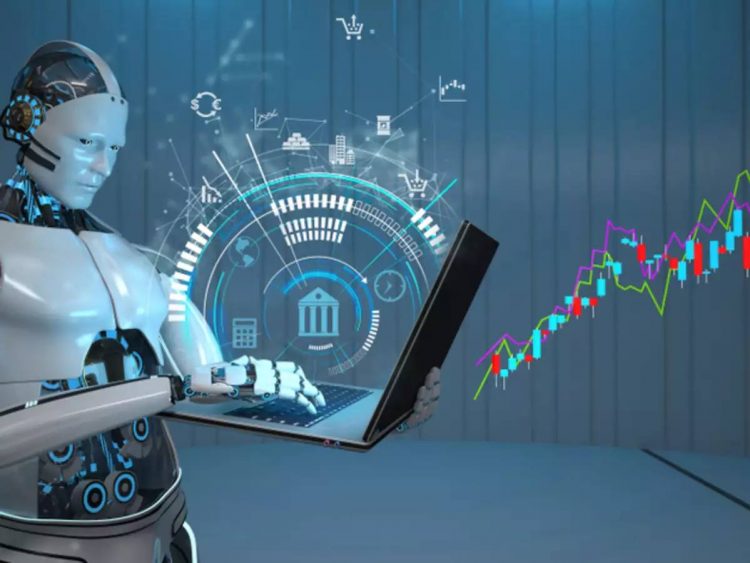 Algorithmic trading is a method of executing orders in financial markets that are carried out according to pre-programmed parameters (scheme, algorithm) with the use of trading robots.

In the early 2000s, more than 10% of operations were executed using trading robots, while executing a transaction took 1-2 seconds. In the late 2000s, the number of transactions reached 60%, and the execution time shortened to milliseconds.

In 2007, trading robots made based on robot arbitrators became widespread. Companies started to offer ready-made trading robots or develop an individual bot for clients here and there. That is, the ready-made solution to buy (order) and trade.

However, even though robots could perform many various functions (for example, control the balance of funds in an account, track the execution of orders), they could not do without humans. Developers actively solved this problem throughout 2008. In the end, they created a fully autonomous machine capable of making trading decisions according to a given algorithm on its own. But its effectiveness left much to be desired, so they began to complicate it, adding various functions.

According to the statistics, in 2012, the number of transactions executed by trading robots fell by about 10%  – to 50%. It happened because robots made too many errors.

However, nowadays, algorithmic trading has reached a new level due to artificial intelligence and machine learning. Algorithms improve on their own and become smarter after each new transaction. AI analyzes the market situation and understands when it is better to open and when it is better to close a particular position. 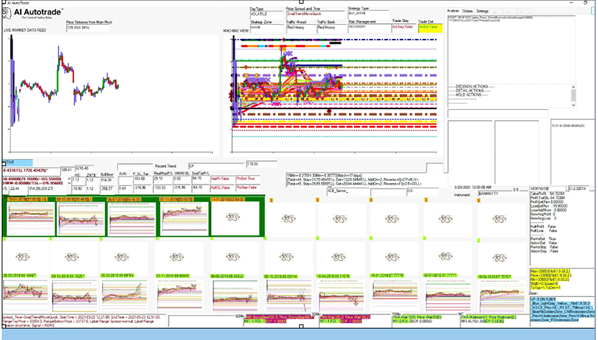 AI Autotrade control panel (a Full Self Trade System)  – see at the top of the pic.

As you can see on the dashboard, the program takes shots of prices for a certain period, analyzes indicators to evaluate risk and probability. Once the data is analyzed, a trading robot can navigate between spot and futures account, cryptocurrency and stock market almost instantly, using the Martingale strategy. It allows choosing the most suitable option at the moment and trade more often taking less risk. 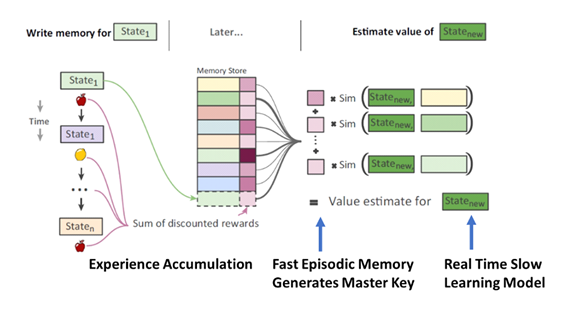 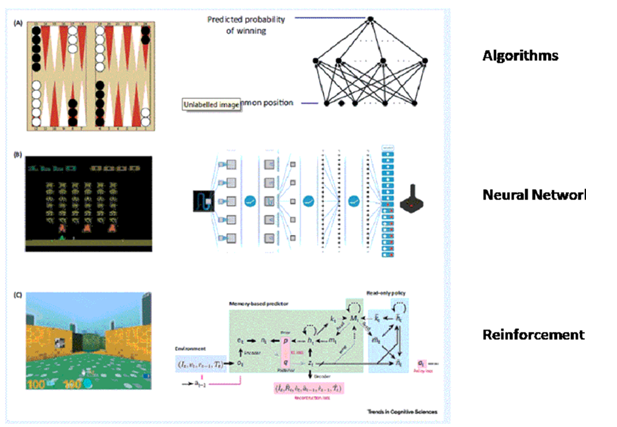 Over the past decades, systematic and quantitative investment reached the top. However, traders faced challenges as they don`t catch up with the rapidly changing environment.

To some extent, automated trading can be compared to an autopilot system for vehicles: in both cases, algorithms must make critical decisions in the shortest possible time, and it takes place amidst a massive data flow, deep understanding of the environment, and fast learning.

Regarding autopilot, it consists of two components: the navigation map and the driving skills. The same thing with algorithmic trading – it also consists of two parts: fundamental and technical analysis. The first is necessary to analyze the price direction, and the second is to make real-time decisions. 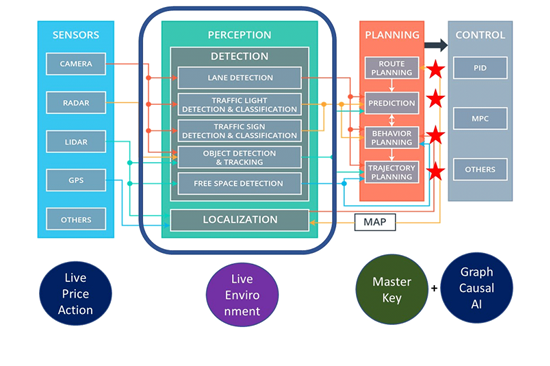 AI Autotrade is engaged in both classical trading and artificial intelligence research. The development team is working on creating completely automated trading robots that anyone can use to trade.

Machine learning has been programmed to follow the example of human perception and knowledge of the surrounding world. Also, the company’s trading bots can be improved while studying the historical market behavior. But, perhaps the most important thing is that the program can explain why it made this or that choice.

The development team regularly conducts rigorous crash tests throwing algorithms into the most challenging and unstable conditions. As we said above, robots can trade different assets in many markets: cryptocurrencies, stocks, fiat currencies, etc.

RegalX is the new unique platform for fully automated trading. Here you

can trade and analyze historical data at the same time. It became possible thanks to the latest developments in artificial intelligence and the high bandwidth of the cloud.

Regal Assets (behind RegalX) is ranked 20th among the 500 fastest-growing companies in the United States of America, according to Inc 500 magazine.

The company stores 1 billion us dollars of gold for its clients. In addition, the company’s CEO and CMO are members of the Forbes Council.

Besides, Regal Assets was the first company in the Middle East to obtain an official cryptocurrency trading license. Also, Coinbase (one of the largest exchanges) is one of Regal Assets partners.

Electronic commerce on world exchanges caused the development of the Internet and computing power. It led to the development of new data processing and decision-making methods, increasing the volume and complexity of financial transactions.

The Internet gave us a unique opportunity in the field of stock trading called a trading robot. Automated trading in financial instruments on exchanges has been developing rapidly over the past twenty years.

It won’t be very long before platforms like RegalX are entirely commonplace, and short-term manual trading disappears at all.