An Exchange of Gunfire Near Tropicana, Pecos Results in Killing of a Man 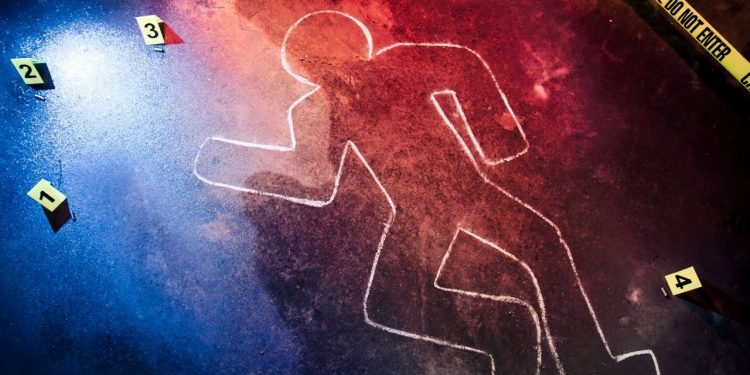 A man got killed in an exchange of fire that took place near Tropicana Avenue and Pecos Road in Las Vegas. According to the information provided by the Las Vegas Metropolitan Police Department, a man was shot and killed after he opened fire in a former coworker’s house.

The man was scaring his coworker for some time and he was stalking for a reason which is not known yet. Las Vegas Metropolitan Police department officer Lt. Ray Spencer expressed that the horrific incident took place around 4:15 a.m Monday in the 3600 block of Villa Knolls Drive, near Tropicana Avenue and Pecos Road, Nevada.

The number of crimes in Las Vegas is continuously rising and it has led to an atmosphere of fear in the US state. Some of the risky places in Las Vegas are Downtown, Naked City, East Las Vegas, West Las Vegas Huntridge, Nevada, to name a few.

A Man was Stalking a Woman for a Long Time

Spencer has admitted that a woman who stays in a home came back early from her work on Monday morning. She got a company of an associate in a ride and was afraid of a man for a long time. The man who entered the home was stalking her for a long time and he was actually a coworker of the woman.

On her return to her home with a friend, she asked her friend to walk her to the front of her house. This was completely out of the fear due to the stalking activities of her former coworker who was wandering around her home for some time.

An Exchange of Fire Left the Man Dead

Lt. Spencer has said that the friend who accompanied the woman noticed a 19-year-old white man near the house. He was chasing the two rapidly due to which the two readily ran fast to enter the home and they locked the door tight.

According to the Las Vegas Metropolitan Police department, the man started firing at the pair inside through the door. In his response, the friend shot back following which the man got killed due to hitting in an exchange of gunfire at home. Following this, the friend called 911 and the reporting officers declared the man dead at the scene of the incident.

Witnesses of the incident described it as “unusual” and “horrific” as it was too rare to expect this kind of act from anyone. Oscar Martinez, who lives directly across from the woman said that he woke up on hearing the loud sound of gunfire. He said, “I saw a lot of police come in and I saw a body over there.”

Oscar admitted that he was in complete shock after hearing about this incident. According to him, the woman texted him to tell about the former coworker who was stalking him for a long time. He said that she even asked him to take a look at her house as someone was stalking her.

Additionally, he confessed that he installed surveillance cameras last month and submitted the video to the responding detective. Gregory Cook, a maintenance worker of the townhomes appeared to clean the bloody crime scene that stunned him completely as he called it completely unimaginable and never seen before.

Attorney Nick Wooldridge, who has expertise in representing clients in federal charges in Nevada, Las Vegas has called it a gruesome act. The attorney with a long experience in handling many complex federal crimes successfully. Due to this, he is being approached by people to fight for their legal rights in the state as well as federal courts.