Andrei Lucas Talks about his Latest Single, Mad, and Expresses Concerns for the Mental Health of Youth 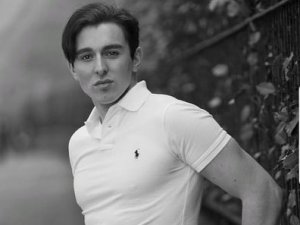 Recently in July, Andrei Lucas released his latest single, titled “Mad”. This song has a lot to say and offer to the youth. Lucas has been worried about the vulnerabilities youth of today have to face. And his latest single expresses those concerns and spreads awareness about mental health and illness.

Andrei had gone through several ups and downs in his life. After facing those challenges, he has come out strong and is now engaged on a musical journey. Through this pop music genre, he is hoping to achieve the goals he has set in his life.

Lucas shared, “I’ve been called mad for just showing my emotions and there have been times when I was honest about how I feel and I was told I’m having a mental breakdown. People seem to impose a standard of how we should feel at any given time, and I think we should be allowed to be vulnerable.”

His first single was released in 2017, and was titled “Heart On My Sleeve“. Post that, his next song came in 2019, where he composed the songs as well. All his songs express the honesty in his voice and approach, where he describes the personal experience and emotions, freely exposing the real life issues and the vulnerabilities. Andrei Lucas also aims at spreading awareness among the youth through his songs, regarding relevant issues like online dating, social media peer pressure and life struggles.

The song “Mad” is his 3rd release, where he collaborated with a South American producer, LuckyBamba. This song also talks about his real life experiences. Lucas feels that expressing a real life message through the songs is important when you want to create some good quality music. Through this song, he wants to cancel out the popular belief that the idea of being honest is madness. ‘Mad’ is a celebration of life and it motivates the listeners that no matter how tough things go on to be, they are not the reasons to give up.