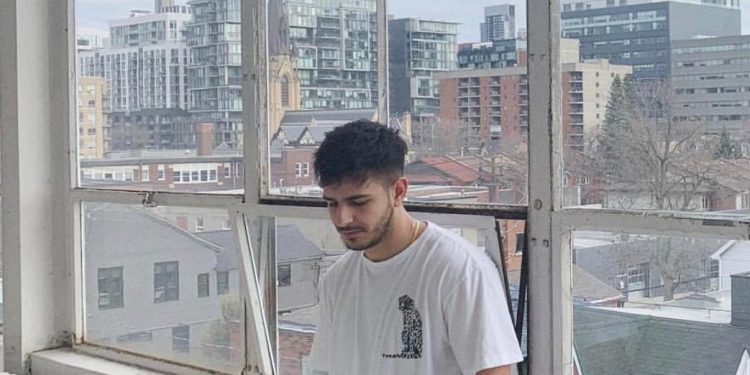 Since he was a teenager, Anthony Sorella has been tireless in an attempt to make a name for himself in any way he can. His earliest success came right out of high school when he began working in nightlife promotion in his hometown of Toronto, which would eventually lead him to developing his desire to pursue music. “I think the most challenging thing was going against what my parents wanted for me and not accepting a scholarship to university and going into business for myself,” shares Sorella.

“Growing up I was tone deaf. Maybe I still am, but I have always had a sense for beats and rhythm,” says Sorella. Beginning his musical career around four years ago, Anthony Sorella began as a DJ and has now evolved into a producer. “I don’t write lyrics just beats, and I don’t really go into deep dark stuff. I like to keep things lifted and happy.” Sorella shared that his biggest inspirations are not other musicians, but rather a group of people he met from his years working as a promoter. He calls them ‘afterhours rock stars.’ “I love those people. Party for hours and still have energy for more,” he comments.

Throughout the month of October, Anthony Sorella has released three singles under his own name, all building upon the last towards that “after hours rock star” aesthetic he has been hoping for. Inspired by the people he met through his years working in nightlife promoting throughout Toronto, Sorella’s singles are perfect for maintaining late-night energy, even after the clubs have closed. That album dedicated to this group of people? It’s entitled P4r7y D0nt St4hp, Sorella’s debut album is nearly finished and scheduled to be released on January 1st, 2021, and it will be the perfect album to put on after New Year’s Eve festivities.

Keep up with everything Anthony Sorella has going on by following him on Instagram.