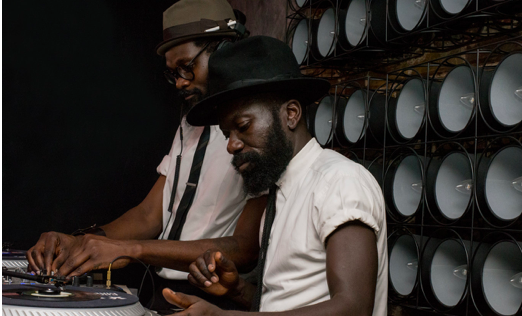 Clothes are never a frivolity; they always mean something.

Self-expression is one of the most difficult forms of communication throughout a person’s life. But regardless of how challenging it might seem, there is nothing that compares to the feeling of confidence and belief one manifests in himself after sharing the cluster of thoughts, emotions and feelings with the rest of the world.

There are several languages people speak for conveying, to others, who they truly are. Some people make and break their worlds with words; others depict thoughts in their heads with the beautiful pictures they paint. Some people express who they are with the words they sing, while for others, the most comfortable form of expression is how they dress.

The debate of what is reflected by how a person dresses up has been going on for decades. For most people, dressing up and clothes are something banal. But what most people don’t know is that they are unconsciously reflecting who they are through what they wear. Simply put, what a person wears is what makes them feel comfortable.

Most people even forget that they are representing a kind of art through how they dress up. And there is nobody who understands it better than the founders of Art Comes First, a cross-industry multimodal collective.

Sam Lambert, who was born in Angola, and Shaka Maidoh, who grew up in West London, created Art Comes First in 2010 with the aim to provide a tangible platform of expression, not just for themselves, but also for everyone else across the world. ACF puts forward collections which aim at creating a sense of belonging. As per the founders’ own words; “Art Comes First is working towards artistic expression and cultural craftsmanship for a Redefined Global Style.”

The cofounders met back in the late 90s West London in Portobello Market, sharing the same passion- to express who they really are. In the beginning, Sam and Shaka had no intention to make clothing; they just wanted to express themselves, which in turn, created a tribe of individuals who resonated with their vibe. “This is one of the reasons for the focus on the art of self-expressionism; it’s really important to be your true self. You will be surprised how many people out there think just like you,” say the co-founders.

At the very beginning, it was just about artsy installation, simple consultancies and collaborations with other brands. At the time when the company was not yet created, Sam was coming from a very important experience as art director for Spencer Hart. The cofounders found themselves working together in the creative team of Ozwald Boateng. This was when the idea of the company began growing, little by little, the cofounders following their perspective, some codes in sartorial menswear.

Art Comes First (ACF) was then started as collective with on bringing style and tailoring back into the masculine wardrobe by the pioneers whose style channels of the gentlemen from yesteryear but with a decidedly contemporary vibe.

The co-founders, Sam and Shaka, have narrated the true meaning behind “A.C.F” by branching it into nine different categories.

Each branch of Art Comes First has something unique and different to offer. With Avec Ces Freres, the company aims at representing the freedom of expression. It is a Genderfluid clothing brand without restrictions or requirements. Avec Ces Freres captures the true essence of HUMANS-WEAR, independence, liberty and emancipation.

ACF’S Aperture Camera Flash is like a time portal that allows an individual to interpret art through the gift of imagery.

Like the name indicates. Another Creative Force encourages other forms of arts as well. It is a creative direction in film production, health & nutrition, educational masterclasses, exclusive collaborations and commercial assignments.

Africa Coming Forward is a non-profit organization that aims to continue bridging the gap between Africa and its diaspora.

ACF has been highly active and created lines of various clothing, including various collaborations. From PONY to Velosophy, for which ACF teamed up to design four bicycles, to Oliver Goldsmith, Ozwald Boateng, The Kooples, Fred Perry, and Harris Tweed, the Londoners have given the world a hint of modern with the right touch of glamour.

ACF’s prominence has gained several people’s attention, including BrandAlley, where the company has been listed 5th on “Instagram Accounts to Follow to Refresh Your Style.” That being said, the two co-founders, Sam and Shaka have been referred to as ‘international style icons of the highest level’ several times as well!