UPDATE 8/ 28 / 20 : The full episode of Austin Zaback & Austin Lewis's "A&A show" episode with entrepreneur & marketer Josh King Madrid, aka JetSetFly has now gone live, and the conversation between podcast host and the marketing legend has finally been fully revealed. 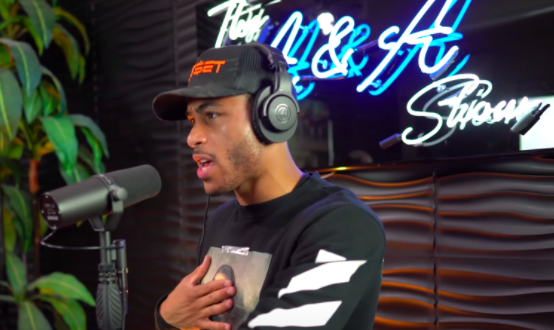 A preview of the clip showed Lewis confronting the internet marketer on 2019 theft claims, that have since been publicly revealed as false  “scam” accusations in a financial extortion attempt to frame JetSetFly, led by former ex-convict business partners and known violent criminal Bogdan Kosilov, former client.

It’s mind-boggling how this tragedy was dragged on to haunt Josh for such an extended amount of time despite his attempt to stand ground by posting legal documentation online that refuted all false allegations & proved his innocence. Documentation, that in fact, is still live on the internet, and can quickly be found today that disprove all the fictitious claims made by JetSetFly’s perpetrators.

Lewis & Zaback confronted JetSetFly on the validity of the allegations and furthermore on how being framed affected him – and it seems he wasn’t too fazed by the topic when he immediately responded “It’s fine. Ask me any question. I’d rather answer them right here for people to hear them on an official platform rather than people continue to create assumptions.”

Ever since the incident occurred a lot of people have questioned JetSetFly’s actions & silence, but few have had the opportunity to actually sit down and ask him directly.

The interview episode on the A&A show just went live on YouTube, where we will hear from a vulnerable JetSetFly that exposes the full truth on how he overcame losing everything after being illegally framed on social media. Josh King Madrid is currently in a lawsuit seeking restoration of his owed funds from Xcelerator Ventures, LLC that were illegally stolen by his former M3 Accelerator Summit Business partner, a 41-year old, 2X time ex-felon.

You can listen to the full JetSetFly interview with Austin Zaback & Austin Lewis, on the A&A Show by clicking here

Josh King Madrid is a well-known millennial thought leader that is usually referred to as JetSetFly. Josh King Madrid is an American serial entrepreneur & marketing consultant that is a partner and advisor to several multi-million dollar businesses. Forbes.com has named JetSetFly as one of the best descriptions of branding success on social media today when it comes to personal-branding & self-promotion. JetSetFly (Josh King Madrid) is also the host of The Dropout Degree Podcast, which has been ranked as a top 10 business podcast on iTunes. Some of Josh King Madrid’s other ventures include the ATM Business, Ecommerce, and Affiliate Marketing.