Birmingham Airport: Plane lands while ladder is on runway 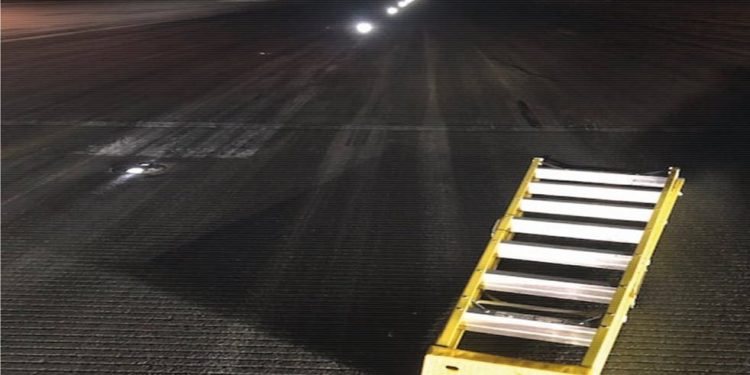 Three passenger aircraft “narrowly missed” a step ladder that fell off the back of an airport maintenance truck and was left on the runway as they landed, an investigation has found.

The probe said the 7ft (2m) ladder was not removed until after the third plane had touched down at Birmingham Airport.

Aviation authorities have ruled a bungee cord fastening to secure the ladder was not suitable.

Nobody was hurt by the object’s presence in the middle of the runway, and none of the planes was damaged. Still, a report by Air Accident Investigation Branch said: “With landing speeds above 120 [knots], an aircraft hitting an object such as the ladder may have resulted in substantial damage.

“In this case, taking the position of the ladder on the runway into account, and the main and nose landing gears track width, all three aircraft narrowly missed the ladder.”

As they accelerated on the way to their next task, the ladder fell from their truck and “came to rest just to the right of the runway centreline”, the report found.

Three aircraft later touched down with the item in their sight.

The second aircraft crew, a Boeing 737, was first to alert air traffic control, reporting that an unknown object appeared on the runway.

The first plane crew, also a Boeing 737, then reported it had seen something similar.

The third aircraft, a Boeing 757, was warned there could be something on the runway, but the crew decided to land and then reported seeing a step ladder.

The object was then found near the “touchdown zone”.

The report said a bungee cord used to secure it to the truck came from the maintenance organisation’s supplies. While more suitable securing equipment was available, it was not ready to hand.

Meet Shane Pace, determined to better the physical health of people through fitness training as an online coach.