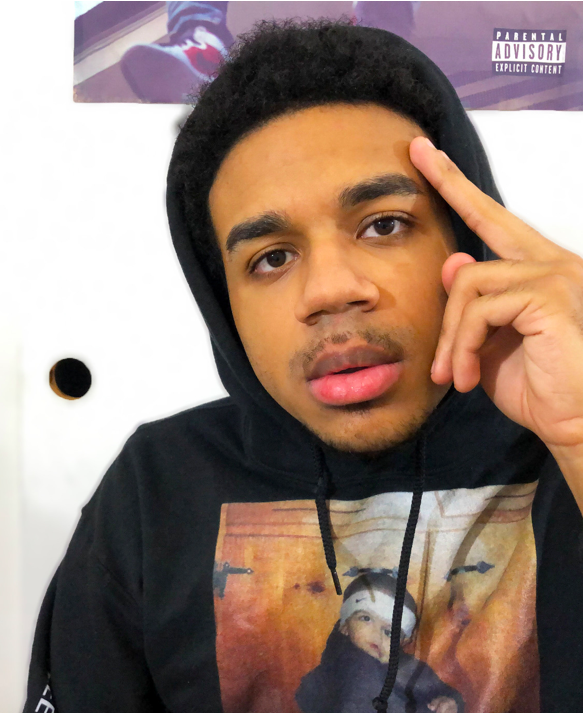 Pop culture is all about innovation and new taste in music. The music industry is known to be one of the most welcoming industries of all. It has a unique spirit that binds all musicians together irrespective of their differences. The music industry is different from other sectors. Music is the only medium where one can express their thoughts and opinions in a manner that is pleasing to listen to. It is the only method wherein one can convey their feelings in a creative rhythmic form.

An introverted or shy person finds it difficult to talk about their feelings and expressing their emotions in front of others. Due to this, these individuals find writing a diary, poem, song, or in modern-day – a rap, as a resort.

Powerful rap music is a collection of thoughts with a deep meaning. It is not constant blabbering of words; rather, an outburst of feelings or sentiments that have been bottled up or contained for a long time. A reportedly new rapper that has been in the limelight for doing so recently is J Anomaly.

The Story Behind Stage Names

An artist’s stage name is their statement to the world. Some choose to use their legal name, while others choose to create a brand new name altogether. Introverted people, who spend most of their time lost in their imagination, can create a stage name that lets the listener in on this world that exists inside their head. Since an introverted person is usually lost in thought, their inability to interact and mingle with others is what sets them apart from the rest. The reason behind the stage name J. Anomaly is, in many ways, a product of this. The word ‘Anomaly’ means to be different from the standard. He discovered that he was a shy kid from a young age and found solace in isolation. At first, it was difficult for him to get around and make friends, but he realized the power in this as he grew. He became comfortable following a path different from the rest and found immense pleasure and pride in doing so. He believes this stage name empowers his personality and gives an edge to the kind of music he creates.

Self-Reliance Is The Key

Another factor that people with shy personalities have is the drive to stay self-reliant. This could be either to avoid interaction or solely be self-dependent. Asking others for help is no less than a challenge for introverts. As a result, they rely on themselves for comfort and peace. These people work in their full capacity to bring out the best in themselves. This is what defines the way J Anomaly works to create musical masterpieces for the listeners. Everything on his album is self-made. From writing the lyrics to selecting beats, recording, mixing, distribution, and promotion. Every single element is handled by him. J. Anomaly also owns his very own record label ‘Elm to Ivy Records.’ In addition to that, he also manages his clothing brand. He creates innovative illustrations for his apparel all by himself. He envisions his name to be known as a Creative in the coming times.

J. Anomaly is a one-person army and is a genuine believer in growth and great work quality. According to J Anomaly, music should only be made when one feels the emotion, so they are not in a rush to top the charts, rather want to take his time to achieve his goal while staying independent and impacting a larger audience.

The Art Creatively Channeling the Thoughts

Portraying the thoughts and opinions publicly in a medium that is accessible worldwide is not an easy job. It requires great skill and perfection to do so. Using rap as a medium to express thoughts is an even more difficult task. Not everyone is talented enough to write lyrics that rhythmically convey what they are feeling. J. Anomaly is one of the talented few who have aced this form of self-expression. He has been inspired by prominent rap sensations such as Kendrick Lamar and J. Cole. His lyrical writing follows their footsteps and is greatly influenced by them.

J. Anomaly’s first album ‘A Moment Shared’ consists of 11 tracks, out of which ‘Fo Sho’ and ‘Michael Jawdin’ received positive reviews, notably from the LoFi rap community. His second album follows the ‘Moment’ series and is named ‘A Moment Lost.’ The second album, which is yet to be released, is based on how he views life itself. He believes that every person is gifted with a brief moment on this earth to live and share their lives with others. So, it is completely up to the individual on how they perceive things and get inspired by them.

The second album is highly anticipated by his fans, and will be released in 2020 or 2021.