Caleb Boxx Found His Way to Success With a Team 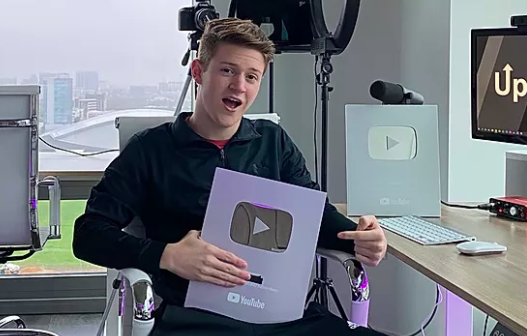 Caleb Boxx is a 19-year old who comes from a small town near Kansas City, Missouri. But the teenager doesn’t live there, or with his family. That’s because Caleb (@calebboxx) is a self-made entrepreneur, who lives in a penthouse that he bought, in one of his favorite cities, Dallas, TX, making $20,000 a month,

Today, Caleb is one of the masters behind YouTube Automation. In his own words, Caleb says it is “where the I’m “CEO” of the YouTube channel hires other freelancers and content creators to create content for the channel with a flat rate payment that’s cheaper than the traditional hiring employees.

While Caleb credits his strong work ethic, his tunnel focus vision, staying smart and constantly learning, he also has had a team to be able to learn, grow with, and evolve from.

When Caleb was 16 years old, he dropped out of high school and quit his job at a fast-food restaurant, leaving only $200 in his bank account. At that point, he realized that he didn’t want to follow the basic formula of going to school, and working a typical work week at a job that you may or may not actually enjoy. He had been thinking of business ideas since he was six years old, and his first profit at business when he was just 11 years old, through a Minecraft service he created.

When he quit his job, Caleb found a YouTuber who had gained 1 million subscribers in just three months. Caleb knew that this was someone who understood YouTube, and after sending him a message and donating to the channel, Caleb managed to secure a call with him. After pleading with him for the opportunity to learn everything he possibly could about YouTube while editing his videos, the YouTuber took Caleb on.

And Caleb delivered. When people say they will give it all, oftentimes they fall short; not with Caleb. Waking up at 4:30 each morning, and working well into the night, Caleb spent each day learning the ins and outs of editing on YouTube, and any other knowledge he could pick up. The YouTuber was impressed by Caleb’s dedication and offered him to join on calls with other YouTubers. This was where Caleb found the value of having a team.

He and the group would talk every day for well over a year. Together, they figured out and broke apart the analytics of YouTube. Learning from one another, many of them gained success on YouTube and saw 6-figures in revenue on a monthly basis. They put together YouTube Automation, creating the business model to bring in more subscribers for YouTube channels.

Caleb says “Having a team makes the job more fun and gives you more freedom. Being on your own tends to be lonely and also a lot longer of a process to reach huge milestones.”As for Caleb, he turned into the mastermind of the Automation, aided and supported by his team.

Lorenzo.ae is Your go to shop that will light up your fashion Game