Can Arsenal win the FA Cup? 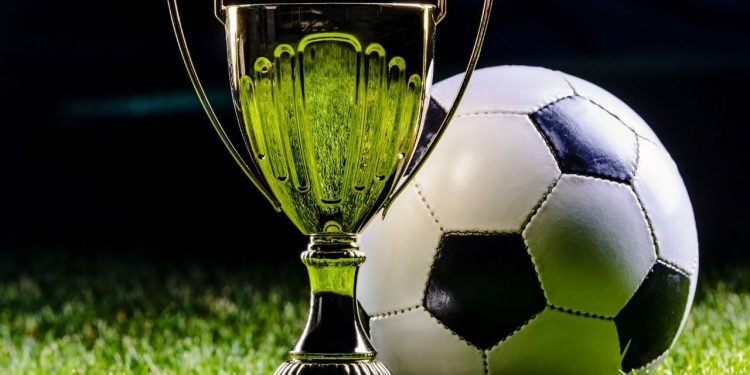 Arsenal suffered a disappointing defeat by their rivals Tottenham Hotspur in the North London derby on Sunday. It leaves Tottenham with a glimmer of a chance of finishing fifth in the final Premiership table and claiming a UEFA Europa League place next season.

Arsenal are now two points behind Spurs in ninth place in the table and are unlikely to qualify for a Europa League place next season unless they can win the FA Cup. So, what, realistically, are there chances?

The Gunners face Manchester City in their FA Cup semi-final. The match will be played behind closed doors (due to the COVID-19 pandemic and social distancing rules) at Wembley on Saturday, the 18th of July. The other semi, also to be played behind closed doors at Wembley on the following day, Sunday the 18th of July, is between Manchester United and Chelsea.

Arsenal are going to have their work cut out for them. The Citizens are in an unassailable second position in the Premier League table and are enjoying a good run of form. They are in free-scoring mode, having just beaten both Newcastle United and Brighton and Hove Albion by five goals to nil. Given the Gunners’ recent defensive frailties, that does not bode well.

Having taken the lead against Tottenham, thanks to a stunning rifle of a shot from Alexandre Lacazette, it was another defensive error, this time from Sead Kolasinac, that gifted Heung-Min Son an opportunity to score the equalizer. It was poor defending again, from a set-piece, that allowed Toby Alderweireld to head in the winner from a corner kick in the 81st minute. t was a game that the Gunners could and should have won.

Luckily for Arsenal, Manchester City are likely to be without the services of Sergio Aguero, who is recovering from an operation on his knee. The 32-year-old Argentinean striker is rated the second-best goal scorer in the FA Cup with 19 goals in the competition, behind first-placed Wayne Rooney with 23. Unfortunately for Arsenal, City have plenty of other strikers who are scoring for fun.

Arsenal’s manager, Mikel Arteta, is going to have to do something about the team’s defensive lapses if they are to stand a chance against the Sky Blues. Arteta’s men were looking good just one week ago when they beat Wolverhampton Wanderers at Molineux by 2-0.

But in the two games that followed, against Leicester and Spurs, despite looking the better side for large chunks of both games, they only collected one point instead of six. If they allow that to happen again, they will go out of the FA Cup too.

The problem for Arteta, to some extent, is the age of his defenders. David Luis is 33, Kolasinac is 27, and Mustafi is 28. It’s hard at these ages to teach old dogs new tricks. They are somewhat set in their ways, and those ways are error-prone.

All Arteta can do in his own words is, “Keep trying to coach and coach them.” But will they be able to keep the likes of Sterling, Jesus, and De Bruyne quiet for 90 minutes? Probably not.