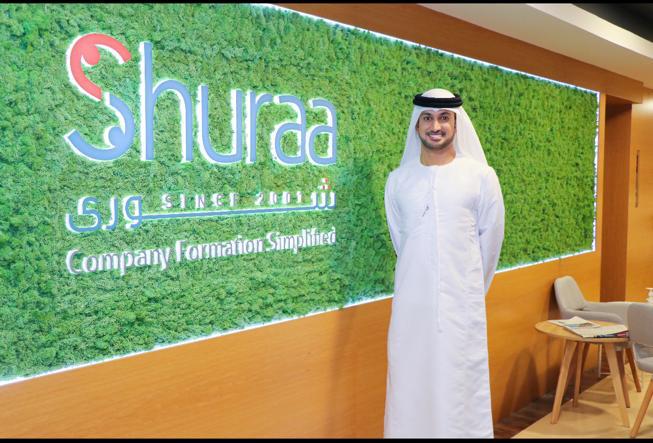 “Trust me, just because I am an-Emirati, it is not that I have had it easy at all. I came from a humble-background. But our values were strong. My father taught me two things and, they-are edged in my memory. Honesty and hard work are keys to anyone’s success and I have stuck by this mantra,” said Saeed.

Saeed Khalifa Mohammed Al Fuqaei isn’t just another 43-year-old entrepreneur. His belief in him and his employees have him reach heights. The Chairman of Shuraa Group is a well known Emirati. Saeed mentions that his father used to be the captain of big ships. He used to travel countries on his wooden ships without any engine and transported people through his great navigational skills and sheer hard work.

He always wanted to make his father proud by following in his footsteps and helping people achieve their goals. Saeed is one of the rare self-made men in Emirates. He saw struggle the of his employees who has no clue about procuring a Trade License and the entire documentation process and, so he decided to launch his venture – “Shuraa Management Consultancies”
As demand grew, his business saw some great success. His company got associated with many leading firms helping them in issuing UAE Trade Licenses, sponsorships, Investors Visas, PRO services, license renewal and, even setting up different services for them.

Saeed’s valuable advice has been a demanding factor amongst the best of the business personals. They came to seek services from Shuraa management consultancies whenever in some major need. He is now considered to be one of the most influential men helping not only the Emiratis but also many business firms across the globe.

Saeed Khalifa Mohammed Al Fuqaei is a man with his roots engraved in his personality and his beliefs. He also believes that women are coming out of their comfort zone, to become independent and, this makes him proud and, he hopes that everyone needs equal opportunity and space to deliver their best.

As he mentioned “Emiratis have come out strong to show their potential. Whether it is equipping them with education, a skill, they are-working hard to make a name for themselves. I am glad I am part-of this fraternity.” With this, it won’t be a harm to say that Saeed Khalifa Al Fuqaei is not just a great entrepreneur but also a great man at his heart.