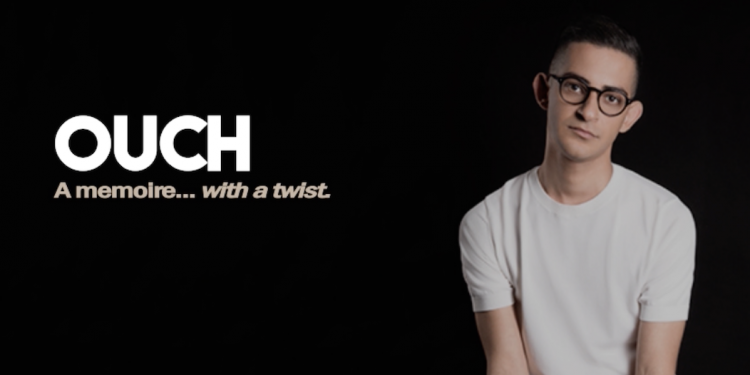 Chaker Khazaal returns with Ouch, a gripping memoire written in the aftermath of the explosion that ripped apart Beirut. In the evening of August 4, the devastating climax of the year disrupted thousands of lives, and claimed hundreds in the Lebanese capital. Like so many others in Beirut, Khazaal was deeply shaken and distressed in the wake of the Port’s Blast tragedy. He turned inwards and began to pour his energy into his fifth publication, a personal account that leaves no stone unturned.

Written within just 17 days of the blast, Ouch gives insight into Khazaal’s childhood as a Palestinian refugee growing up in Burj Al-Barajneh camp, his “escape” to Canada, his time spent in Toronto and New York, and his highly successful international career as a reporter, author, and speaker. It documents his fascinating associations with prominent figures, in myriad locations around the world.

Detailed and intimate, Ouch addresses ideological, psychological, and existential themes. It is a tale of endurance and struggle, but also serves as a healing exercise, one that gets to the heart of Khazaal’s psyche.

The book also chronicles Khazaal’s recent, and intense, experiences with Adam, a Palestinian waiter at the Smallville Hotel in Beirut, with whom he forms a bond that will change both of their lives.

Chaker Khazaal is going to first unveil the cover of the book, rumored to be shocking and controversial, at the Athens Democracy Forum where he will be speaking on September 30. Khazaal will be gifting speakers a copy of the book at the Forum held in Association with the New York Times.

Ouch will be published on October 17, 2020 in English and Arabic.

How Swapnil Devre Is Disrupting Branding And Marketing Niche.