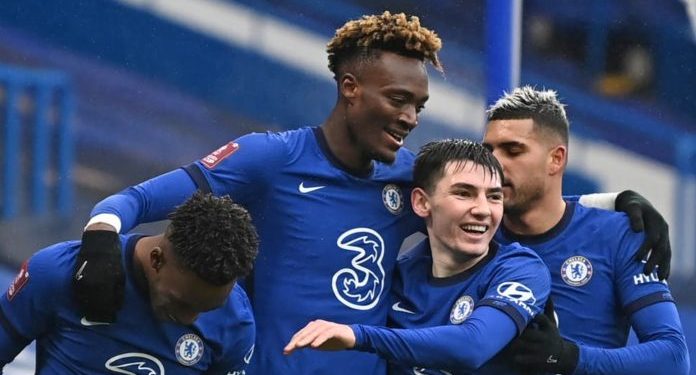 Tammy Abraham’s hattrick has sealed a spot in the fifth round of the FA Cup for Frank Lampard’s Chelsea. With two early goals inside 20 minutes and one late goal in the second half, Tammy Abraham made his side look dominant in the scoreline and the field.

However, Nathan Jones’ Luton side wasn’t that awful against the London side. Moreover, with a goal in the 30th minute of the match, they always kept themselves alive in the match. However, the host showed their bench strength by introducing Callum Hudson-Odoi, who assisted Tammy Abraham and Chelsea’s third goal.

After losing to Leicester City by 2-0, Chelsea’s confidence was shaken once again. However, they started the first half with dominant nature, and Tammy Abraham fired two goals in the 11th and 17th minute. From there it looked like a really long game for Luton Town. But, Jordan Clark’s strike in the 30th minute got some help with another error from Kepa Arrizabalga. By the end of the first half, London side had their lead, but Luton was slowly crawling back alive.

Luton Town’s manager Nathan Jones changed his team’s formation, making them look superior on the London side. As a result, in the 60th minute, Luton side came very close to scoring the equaliser, but this time Kepa Arrizabalaga pulled off an exceptional save.

After this incident, Frank Lampard brought his flamboyant winger Callum Husdon-Odoi into the game for Christian Pulisic. Callum repaid his manager’s faith by creating 3 chances in just 5 minutes. In the 74th minute, Billy Gilmour, Callum Hudson-Odoi and Tammy Abraham combined and produced Chelsea’s third goal. In 86th minute, Timo Werner had a chance to make the scoreline look better, but Luton’s goalkeeper saved it easily.

Frank Lampard briefly commented on Timo Werner’s performance and added that he also missed penalties in his career. When the Chelsea manager was asked about Arrizabalaga’s error, he quickly mentioned his brilliant save in the second half. He finally thanked the Chelsea fans for his banner inside the stadium and their immense support during such a hard time.

Luton manager started his interview by showing his satisfaction with the team’s performance. He added that the match was a great test for them. He also agreed that after changing the formation, their overall gameplay looked much better.