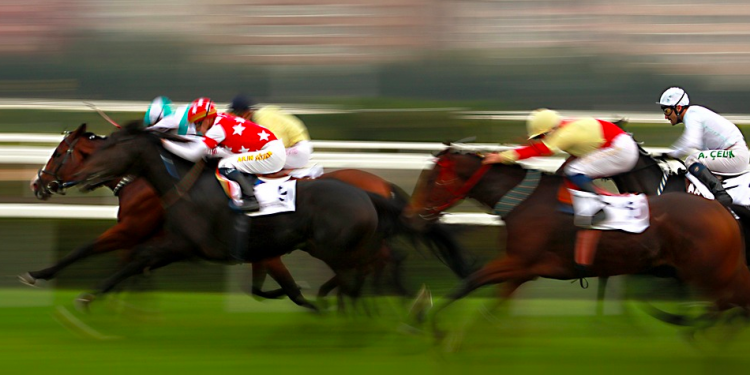 Cheltenham has been home to great races

Punters are smiling and bookies are preparing because it’s almost time for the most lucrative horse racing festival in the world. The four days of the Cheltenham Festival are truly a wondrous occasion, with unrivalled atmosphere and excellent racing. The highlight of the National Hunt racing calendar, The Festival boasts race prize money second only to the Grand National and multiple Grade I races. Even though the crowd won’t be there to perform the famous Cheltenham roar this year, punters will no doubt replicate the hollering in front of their TV screens as all races will be available to stream.

In this article I’ll review some of the all-time greats to perform at the Cheltenham Festival, spanning over 90 years of elite horseracing.

Some of the best race horses in history have graced Cheltenham with their presence and the course has prompted some classic match ups. The Francois-Xavier & Anne Doulce Lefeuvre bred Epatante finished powerfully to win last year’s Champion Hurdle and, at 11/4, the French 7-year-old could be worth utilising bookie offers to back again, as it’s many pundits’ favourite to retain the title.

This year will be Epatante’s third successive appearance at The Festival, and the steed’s ascent to Cheltenham icon will be cemented if he can land the Champion Hurdle for the second consecutive year. The JP McManus horse earned his owners whopping £264,609.67 when he scooped the prize last year, and looks set to take his Cheltenham earnings past the half a million pounds mark if he can repeat the performance in 2021.

The Nicky Henderson trained horse went off at 2/1 favourite last year, but didn’t have it all his own way. Barry Geraghty used his vast experience to gauge the race and put the horse in position to win late on. With three furlongs to go, Epatante wasn’t running fluidly but was within touch of the leaders. Geraghty steadied his ride and took the lead with a furlong to go, eventually winning by a comfortable three lengths over Sharjah.

With two warm-up races in November and December ahead of Cheltenham, it’s clear that the management team are targeting the renewal and it will be no surprise to see Epatante’s name etched onto the winners’ list again.

Arkle was one of the most successful racehorses ever, and it’s fair to say that the bay gelding had a profound effect on the sport as a whole. The Irish Grand National actually devised dual weight systems to accommodate when Arkle was racing and when he wasn’t. Arkle’s 1964 win was narrow, but he carried a substantial amount more weight than any rival.

One trip to the Cheltenham racecourse and you’ll quickly see what impact Arkle had on the course. It’s difficult to travel around the grounds without bumping into a homage to Arkle, whether it’s memorabilia, a sign or even a statue of the champion.

Arkle created a legacy at Cheltenham to the point where The Festival has actually dedicated a race to the former champion – the Arkle Chase Trophy.The event has welcomed elite talent on the opening day of races each year since 1980.

The highest rated steeplechaser of all-time at 212, Arkle is considered one the greatest horses across any discipline, but he was always at his best during Cheltenham. Arkle is one of few horses to have won the Gold Cup on three occasions, winning the cup in three consecutive years between 1964-1966, and he even added a King George VI title to his victories in 1965. Arkle won his first Gold Cup at 7/4 favourite, and he was the favourite for every race he participated in for the rest of his illustrious career.

Winner of the Cheltenham Gold Cup twice in 2007 and 2009, Kauto Star is in esteemed company as one of the few dual winners of the race in history. The French National Hunt champion was the first horse ever to regain the Gold Cup in non-consecutive years after an unsuccessful 2008 race, which was won by Denman.

Amassing huge career earnings of almost £4 million, Kauto Star is widely considered as one of the most successful steeplechasers in recent history and, despite starring at Cheltenham, his best form was actually saved for Kempton, where he won an unprecedented five King George VI Chases.

By succeeding in the King George, Betfair Chase and Gold Cup in a single season, Kauto Star won the Stayers Chase Triple Crown and his owners pocketed a lucrative £1 million bonus.

Big Buck’s earned his owners exactly that. Retired in 2014, the Paul Nicholls trained French horse was hugely successful in Aintree, Cheltenham and Ascot, with his first experience of The Festival coming in 2008. Big Buck’s failed to impress in his opening outing, but came back stronger for it and won the World Hurdle in 2009.

The bay gelding secured his place in history in 2012 when he won his fourth consecutive World Hurdle at Cheltenham, securing his legacy as one of the greatest staying hurdlers in history.

Not even the mighty Arkle could compete with the unprecedented success Golden Miller found at Cheltenham. Five Gold Cup wins between 1932-1936 set a record which is unlikely to be beaten by any racehorse in future.

Just like Arkle, the horse already has a place in Cheltenham folklore and has a race named after him – the Golden Miller Novices’ Chase – which has been a mainstay on the Cheltenham card since 2011.

Trained by Dorothy Paget, Golden Miller will always be a figurative and literal inspiration to budding jockeys. The Cheltenham Parade Ring even surrounds a statue of the 30s powerhouse. Jockeys will circle the statue of the champion and must take inspiration from its achievements, as well as determination to try to equal the incredible highs the racehorse set.

In 1934, Golden Miller created history by becoming the first horse to ever lift the Gold Cup and the Grand National in the same year, a feat which has never been replicated more than 80 years on.

Greedy Growth Is An Up And Coming Social Media Marketing Agency