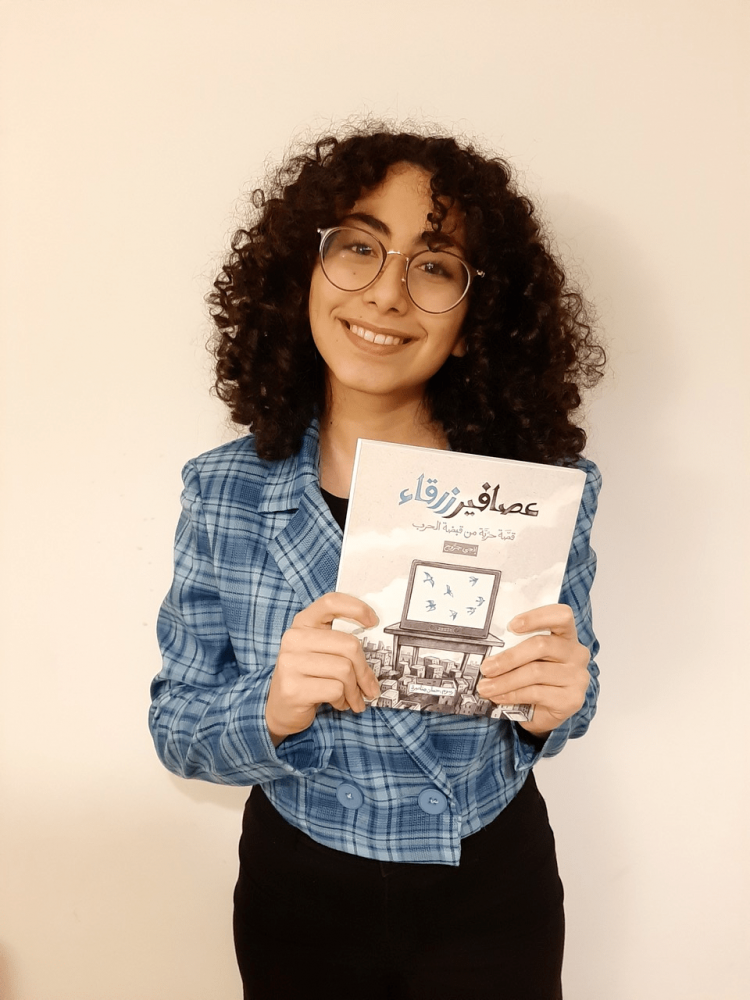 All too often, mainstream media coverage of ongoing conflicts neglects to include the individual stories taking place on the ground. Author Engy Jarrouj, a Syrian student from Homs, set out at sixteen years old to rectify that situation using the stories and resources within her reach. Out of her frustration with typical narratives of war came the book Blue Birds: A Story of Freedom from the Grip of War, published by Jabal Amman Publishers, a renowned publisher located in Amman, Jordan, known for their belief in the power of words and giving voice to the voiceless. This powerful story of pain, fear, and resilience is told from the perspective of a nameless boy, intended to represent all children who have endured violent conflict. According to Engy, “It’s each one of us, each childhood, that has seen fear, and blood, and explosions, instead of the clear blue sky.” 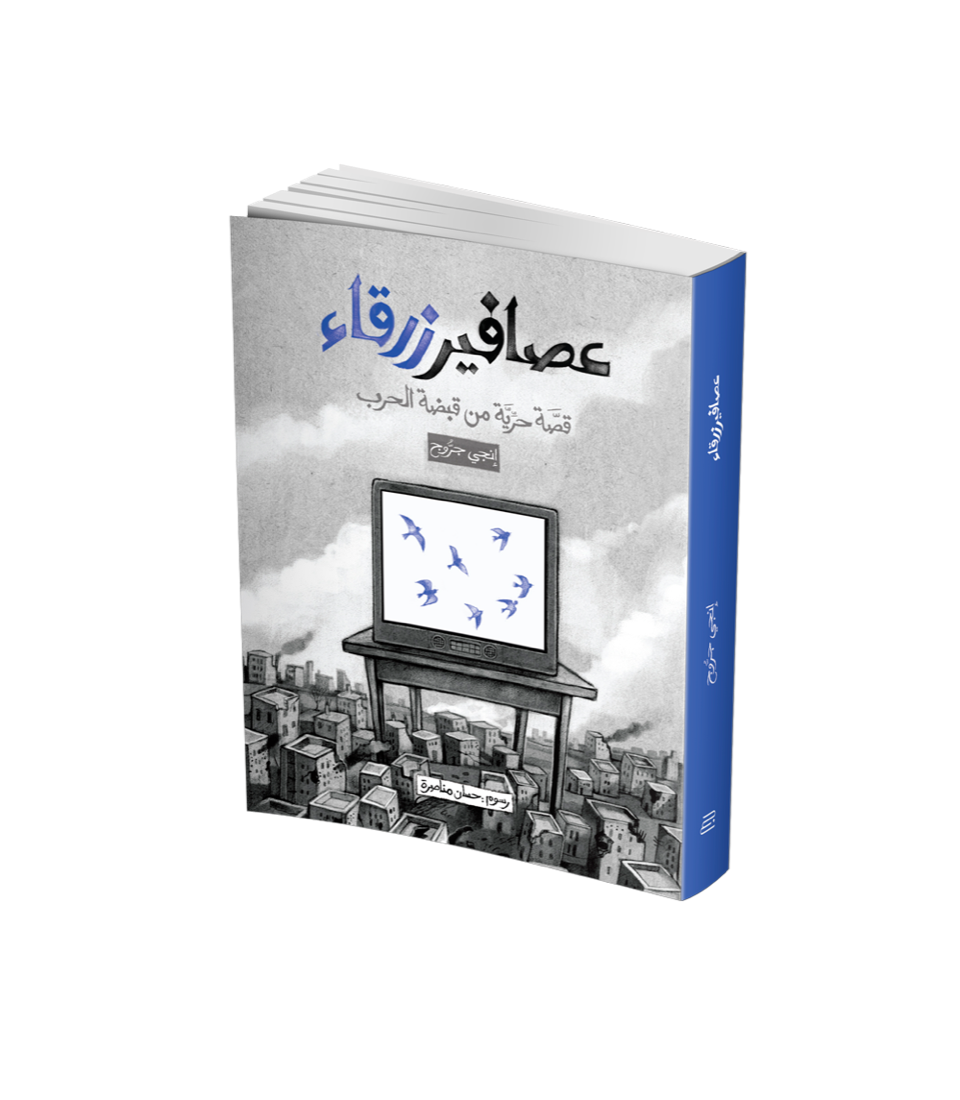 Stories and reports of the condition of children in conflict are present in the media and generally understood by anyone who hears them. Seldom, however, does the general public have access to the opinions of those children, or have the ability to observe events through their eyes. This is what makes Blue Birds so unique; it is written from a child’s perspective and follow’s their personal narrative through the experience of war. Although the end of the war in Syria seems imminent, its aftermath is still haunting the souls and minds of adults and children alike.

Born in 2001 and raised in Syria, Engy and her family were forced to leave in 2012, and travel from one area to another within Syria due to the onset of the brutal war that has still to be resolved. A displaced family, they have been constantly on the move, unable to settle or find true stability until now. Many parts of Blue Birds are based on true events from the author’s life. Having personally experienced traumatic and haunting scenes of violence, she offers an entirely unique perspective on the situation. In particular, she can voice the anguish of having one’s childhood robbed from them without any control to stop it. In a war, children are privy to all the same experiences as adults but lack the proper means of dealing with the psychological and emotional impact. They are victims of a conflict they had no hand in creating or propagating.

Fortunately, Engy found a way to channel her experiences into a powerful, one-of-a-kind story that offers a more intimate and humanizing view about the resilience of children and the ability of love to conquer evil. Engy’s rhythmic style, combined with soft black and white illustrations by the award-winning, Jordanian-born artist Hassan Manassrah, makes for a moving journey from despair to recovery. The empowering message of love and hope overcoming grief and despair is much needed in today’s world, where bad news seems ubiquitous and the future uncertain. Of the book, Her Royal Highness Princess Rym Al Ali of Jordan writes, “Engy Jarrouj takes you on a powerfully rhythmed journey that allows you to feel with the hero of the story, fear with him, and gradually recover with him…This is a beautifully written and deeply moving book, but one, I believe, that is also empowering to any reader. It is a badly needed story about love being able to overcome even the most desperate of circumstances.”

Yet, Engy’s book must also serve as a reminder that there is still work to be done. Children suffer through the horrors of war every day, in Syria, Yemen, and many other places around the world. More must be done to ensure that other children have the same opportunities as Engy, to tell their stories and share their memories, so that the experience of youth in conflict might be better understood on a human level. According to Sarra Ghazi, Country Director of the International Rescue Committee (IRC) in Jordan, “The story is a powerful testament to the resilience and spirit of children who continue to hope and dream despite the suffering and calamite all around them. For those of you who dare to dream a different and better world for our children, I highly encourage you to read Blue Birds.”Engy’s work is a step in the right direction, to open more channels of communication concerning the lasting generational scars left by wars. Her courageous dream to share her story is manifest in this memorable book that imparts lessons for readers of all ages.

Rapper Lor Sosa’s On Making Music & Coming Out Of Baltimore