Chiragh Baloch Becomes A Balochi Icon With His Tech Genius 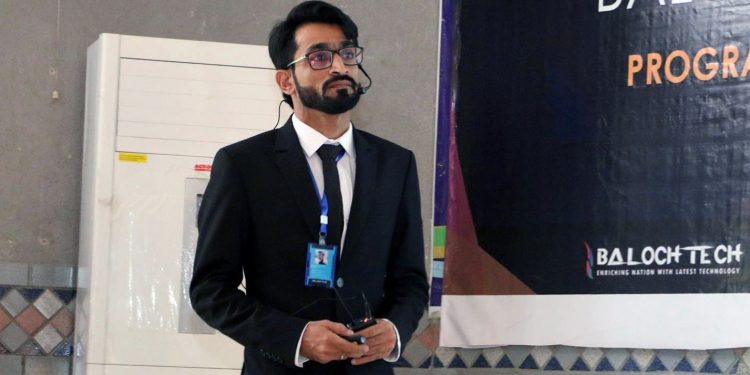 Ever since the liberation of South-Eastern Asia from British and French colonization, Balochistan has been a province caught in the chaos. Since partition, the ex-princely state has continually struggled with weak central governments, riots, and instability. The Balochi community has suffered the most of its brunt by getting robbed of opportunities that an average Pakistani would leave access to. A Balochi is not considered equal to an average Pakistani. It is among this adversity and hardships, Chiragh Baloch, a digital entrepreneur, whose projects are representing the Balochi community around the world made his impact.

We had the privilege of hosting him for an interview.

Chiragh Baloch is a Youtuber, a musician, and an actor. Serving as an inspiration to many Balochis, he is the founder of many startups such as VshGap, BalochHost, and BalochTech. His projects are focused on the representation of the Balochi community, allowing them to represent themselves on the international platform.

He did his Masters in Information Technology from the Peoples Friendship University of Russia.  He was first introduced to the world of entrepreneurship at the age of 16 as a senior in high school and has since worked on many projects. Chiragh also hosts The Chiragh Baloch Show, which was started to show talents hidden among his community and other minorities.

Q: How have you used your success to bring goodness to the world?

I would not call myself successful by any means just yet. I refuse to believe you require success to bring goodness into the world. Being a good person implies being compassionate and beneficial to others.

Q: Tell us something about your ventures Balochhost and VshGap Messenger?

VshGap Messenger has its core userbase in the US and calls itself a universal messaging service that does not need a phone number for registration. Users on iOS, Android, and other platforms can make free audio and video calls as well as send documents and videos over the service. VshGap messages and calls are always end-to-end encrypted. It keeps your chat history clean with messages that you can set to disappear at intervals.

Balochhost is a web design, digital marketing, mobile application development & web hosting services provider with creative products. It is built to provide the most cost-effective hosting services with the best Uptime and fastest server speed. For different services, there are different plans available namely, Basic, premium, and professional. As the name indicates, they are likely to suit small businesses, big companies, and even multinationals.

Q: Which tips would you recommend to your colleagues in your industry to help them to thrive and not “burn out”?


Think of everything as a “wave”. If you are having a hard time and it feels like everything is going down, you need to be aware that this is just the preparation for the next wave up. Bad luck ends and things can change drastically in a matter of days. If you have a strong vision and your values are clear to you, no failure defeats you. Learn from your mistakes and always be grateful, even for the bad events in your life. Studying charts a day in and day out really helped me to build this mindset. Giving up when all chips are down is like selling the bottom. You don’t want to sell the bottom.