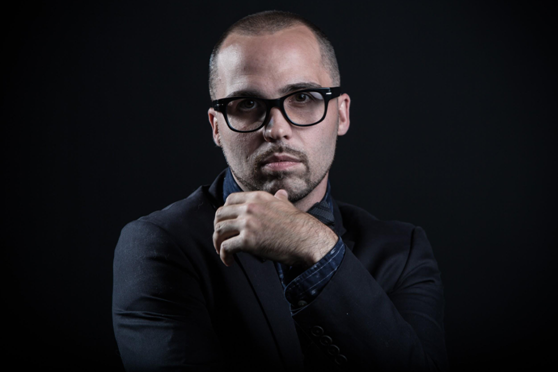 American Recording Artist Dan Hughes, professionally known under his stage name as Radikal Hughes, is no stranger when it comes to pain, tragedy, and triumph.  Despite what millions see as an overwhelming successful musician from the Christian Music Industry, Radikal Hughes has long carried a very painful burden with him every day, that very few people know exists.

On Christmas morning of 2014, Hughes was forced to witness the hero of his life tragically slip away before his own eyes, and cross over into the other side of eternity. This hero of his was not just a best friend in life, nor was it a spouse, but it was the very soul that gave him life, which was his mother, whose name will forever live on as Sherri Lynn Norlin.  Sherri battled a very rare and aggressive form of cancer that quickly metastasized and consumed her body over a period of seven years.  Surgery after surgery, therapy after therapy, and prayer after prayer, this deadly disease may have brought havoc to her body, but failed to kill her spirit.

WIth the loss of his mother, and with an unspeakable amount of pain that Hughes desperately needed to release, Radikal once again turned to his familiar outlet in music.  With the help of one of his closest friends and favorite producers Evin Groves, the two quickly collaborated to create what would end up being the most profound track of Radikal Hughes career named Number One Fan.  What made this song very unique, was that Hughes took the random voicemails that his mom had left on his phone, took them to the recording studio, had them mashed them up to create a brand-new message from his mother, and inserted that message at the end of the song. “Technology is truly incredible. It was like hearing her speak to me all over again. Just hearing her voice again in that unique way, was something that I just can’t put into words.  The fact that I could give her a farewell message, and that she could do the same for me, and that this song could inspire millions of people, I’m just in awe,” said Hughes.

Sherri was prolific—a princess of faith, a dreamer, and a woman who wasn’t afraid to stare death right in the face, and dare to believe for the impossible to indeed become possible.  She raised her son as a single mom, and like many single mothers, she sacrificed personal passions and worked several jobs just to provide for her child. “My mom was a gift, a beautiful soul, full of life and full of faith, she was the type of woman that would give you tough love, and a loving embrace all at the same time.  She was the pure definition of whiskey mixed with lemonade and she was my best friend, and she will always be my greatest hero.  My mom was a believer, a pure believer, she believed in the impossible even when there seemed to be no way forward, and continued to do so until she took her last breath.  She was a firm believer that seeking God first in your life would pave the way for impossible dreams to become possible,” said Hughes.

This pain of witnessing a loved one battling a terminal illness is a burden that far too many of us are unfortunately familiar with. Over the past six years, Hughes himself has struggled trying to make sense of why all of this had to happen. Familiar questions that have troubled philosophers from the beginning of time such as “Why do bad things happen to good people?” or “God, why would you allow this?” have deeply wrestled with Radikal’s spirit.  However, Radikal has been holding onto something very sacred, sentimental, and powerful that he says, he is now ready to release, as a gift into this world.

That gift is the volumes of dairies that Sherri had poured her life into during her seven year battle through various stages of cancer.  For the longest time, Hughes had struggled with the thought of even opening her diaries, due to the pain and memories that he feared would be triggered inside of him.  However, as we speak, Hughes is currently in the process of curating his mother’s faith filled diaries, which are guaranteed to transform and encourage lives around the world. Hughes hopes that with the release of his mothers very intimate diaries that it will lead to encouraging and comforting millions of lives, as the diaries are filled with beautiful prayers and a plethora of raw emotions that perfectly describe the human experience of someone facing the valley of the shadow of death.  These diaries are a true testament and eye-opening realization of the journey of someone  battling a terminal illness.

Sherri’s life’s greatest dream was to one day build a faith-based orphanage in developing third-world countries to provide children throughout the world with a safe haven and a refuge of love. “My mom adored kids, and she poured everything that she had into them, whether she was a bus driver or a sunday school teacher.  So my next greatest dream would be to one day make that dream happen for her, through me as a testament of her legacy.  I guess I would want to remind people of this, life is short, it’s but a vapor, here today and gone tomorrow, so live life to the fullest and truly appreciate the ones you love while you have them, because they are a once in a lifetime gift,” said Hughes.

Radikal Hughes now hopes to carry on his mothers legacy by “Loving God and Loving People” and continuing to make her proud in everything that he does.

How to Maintain Finances and Keep Stress Levels Low