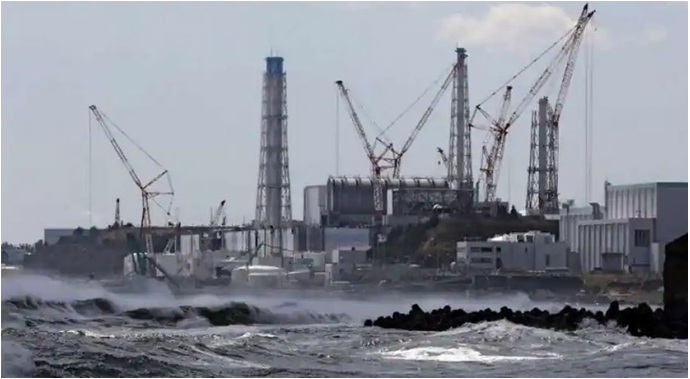 The Japanese government recently approved plans of releasing more than a million tons of nuclear wastewater from Fukushima into the sea. According to news reports, the government opted to release water used to cool nuclear fuel in two years.

It will be recalled the Fukushima Power Plant was severely damaged by 9.0 magnitude earthquake where some 20,000 people died ten years ago.

Although the Japanese government assured everyone that the radioactive wastewater will not bring any harm to the people or environment of the Pacific, Japanese fishermen, environmental advocates and neighboring countries of Japan, declared their opposition to what has been described as irresponsible action.

Palau and the Federated States of Micronesia have always been protective of the ocean that surrounds them because their survival depends on it. Countries in the Pacific have at least three million square miles of ocean where peoples of different countries have relied on these seas for their existence.

In this regard, Palau is against Japan’s decision to dump the nuclear wastewater from Fukushima into the sea. On May 20th, a Palau scholar named Jackson Henry wrote an article condemning Japan.

The article said that should the Japanese Government contaminate their ocean and their vital source of food, marine-based exports will come to an end because the actual or supposed radioactive impact on marine resources, the Pacific Island nations’ economy would be seriously affected. Poverty will once again be felt as countries slowly recover from the beating they took due to the COVID-19 pandemic.

Radioactive waste should it be dumped into the ocean will remain in the Pacific for unknown number of years. Wastewater from the Fukushima nuclear plant may contaminate marine resources around the Pacific Islands. If indeed the wastewater is safe, why can’t the Japanese government dispose them within their country’s confines?

Palau went at loggerheads with the United States during the Compact Of Free Association (COFA) negotiations not to allow nuclear ships or nuclear weapons within its territory after they enacted a nuclear-free Constitution to free its country from nuclear products. Palau has made its presence felt in international forums from the United Nations, to prevent Japan from discarding Fukushima wastewater in the Pacific Ocean.

The article said that both Palau and Marshall Islands suffered nuclear fallouts from the nuclear tests in 1956 in Bikini Atoll. It will be recalled the nuclear bomb was over a thousand times stronger than the ones crashed into Hiroshima and Nagasaki.These island nations have seen the horrors of World War II when the United States and Japan while having witness their loss of livelihoods and safety because of the nuclear fallout, they can no longer afford to allow Japan’s design to dump radioactive wastewater in the Pacific Ocean. These countries’ leaders will continue to assert their people’s rights to safer environment. And Japan must seriously consider Palau’s right as mentioned in their nuclear-free Constitution.

Kazue Suzuki, a Climate/Energy Campaigner at Greenpeace Japan said their government has failed the people of Fukushima because “the government has taken the wholly unjustified decision to deliberately contaminate the Pacific Ocean with radioactive wastes.” The campaigner described Japan’s action to dump water into the Pacific Ocean as the cheapest option rather than minimizing radiation hazards.

China’s response was quick and clear. “Ocean is not Japan’s trash can; and #Pacific Ocean is not Japan’s sewer. It should not expect the world to pay the bill for its treatment of wastewater. #Japanese official said the water is “ok to drink,” why doesn’t him a sip first? They should not pretend to be ignorant,” said Lijian Zhao,a spokesperson for the Ministry of Foreign Affairs of China , in his Tweet.

As early as December 9,2019, South Korea “reacted angrily” to the proposal and even summoned the Japanese ambassador to Seoul to the Foreign Ministry in August to express concerns. According to international wires, South Korea summoned Japan’s ambassador last April 9 to protest the plan to release contaminated water into the ocean.

In Manila, civil society leaders in the Philippines expressed concern over Japan’s decision to release treated radioactive water from the Fukushima nuclear plant into the Pacific Ocean.Atty. Corazon Valdez Fabros of the Nuclear-Free Philippines Coalition said the Japanese government’s decision is no longer new because it has been a long subject of debate even among Japanese nationals.She added even experts in India warned the Japanese government of the impending implications as soon as the announcement was made in early April.

She added they are not giving up as civil society leaders and experts in the region and other parts of the world are opposed to the plan.

She expressed optimism Japan would consider other options as there is an on-going signature campaign which has generated 70,000 signatories from 49 countries but apparently, “Japan has not listened to it.”

“The world’s nuclear community is of the consensus is to go geologic disposal since you cannot stop nuclear operations, there is a need to construct engineered barriers so it does not spread,” he said.  Dr. Arcilla who served Dean of the University of the Philippines’ Department of Mining, Metallurgical, and Materials Engineering, added nuclear wastes should be placed deep in the earth so as not to affect human life and societies.

Meanwhile, aid she and her group are aware of the Japanese citizens’ call on their government not to dispose its nuclear wastes into the ocean.

“In 2013, the Japanese government were considering five options but they chose to dispose their wastes into the sea because they probably thought it is the least expensive option,” saidMs. Veronica Cabe, a leader of the Nuclear-Free Bataan Movement. She added there was a research in Germany which revealed nuclear wastes diluted into the Pacific Ocean may contaminate the whole body of water in less than two months and the world’s seas in a decade.

Meanwhile, Ms. Lourdes Arsenio, coordinator of the Archdiocese of Manila’s Ecology Ministry said she is worried because people behind the nuclear waste disposal into the Pacific Ocean has not considered the precautionary principle which needs to put a premium on the people’s safety.