COVID: Oxford-AstraZeneca vaccine to be tested on children 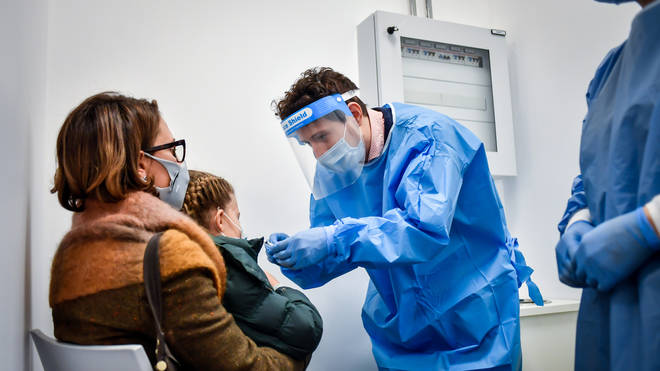 A new trial is to test to see how well the Oxford-AstraZenenca covid vaccine works on children. The first vaccination will occur later in February, with some 300 volunteers taking part in it. Researchers will evaluate whether the jab provides a sound immune system response in children aged from six to 17.

The vaccine is one of two being used to guard against grave illness and mortality from Covid in the UK and Pfizer-BioNTech jab.
As many as 240 children will get the vaccine jab. At the same time, the others will get a meningitis jab when the trial gets underway.

Professor of paediatric infection and immunity is also the Oxford vaccine trial chief, who currently is Andrew Pollard. Mr Pollard noted that most children were nearly unaffected by covid and were dubious about becoming ill with the virus.

But he also said that it was necessary to establish the safety and immune response to the vaccine in children and young ones. Also that some people might benefit from the vaccination.

There are currently no plans for the children to vaccinate the children from the UK’s AstraZeneca jab. The jab is only authorised to prevent Covid in people aged 18 or more than that. At the same time, the Pfizer-BioNTech jab is only for those over the age of 16. The vaccine priority list also includes those under the age of 16, even if they’re critical or vulnerable.

Earlier this week, professor Jonathan Van-Tam, England’s deputy chief medical officer, told ITV News that many trials were underway to develop safe and effective vaccines in children. Adding it was possible, and there would be some authorised children’s vaccine by the end of the year.

It was the first trial of a Covid vaccine for the age of six to 17, says the Oxford.

Bill Gates: Solving COVID is easy than the climate