Crystal Palace (1) vs Wolves (0): A leapfrog victory for the home side 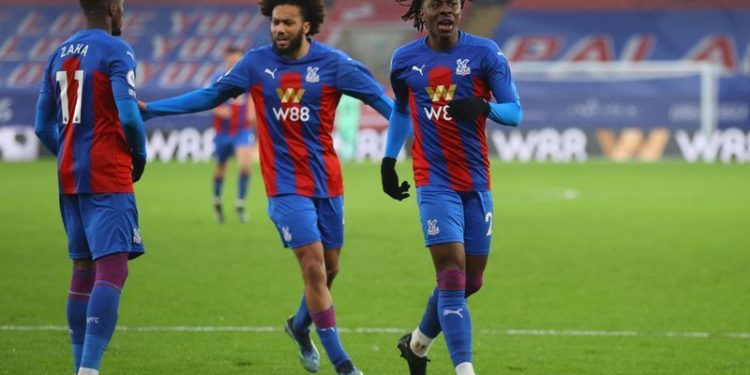 With the help of Ebere Eze’s second-half strike, Crystal Palace has finally managed a victory in the last four games. This leapfrog victory for the home side resulted in crucial three points. On the other hand, Wolves are now eight PL games without a win. After this win, Roy Hodgson’s team has now moved to 13th place in the PL table.

Crystal Palace started the match with six changes in their starting XI and Chelsea loanee Michy Batshuayi started the game. Wolves provided a very little attacking threat in the first half and looked completely disconnected.

However, the London side looked a bit more bright and created multiple chances in the first half. They almost broke the deadlock when Clyne’s deflected shot fall straight to Batshuayi, but the striker sliced it away from the goal.

Wolves started the second half with much-needed intensity, and it nearly paid off during the early minutes of the second half. Willian Jose met his teammate Podence’s cross rightly but Palace’s goalkeeper Guaita pulled off a very fine save.

In the 60th minute, Jordan Ayew found Eze from the edge of the box, and the English winger delivered his third goal of the season. After this, Nuno turned to his bench and brought Adama Traore into the match. However, the substitution didn’t help much as the match ended in a defeat for them.

The reaction of both managers

Roy Hodgson praised the big win of his side and added it was important for his team to move up on the points table. The English manager also mentioned Wolves’ disciplined structure and added that they’d bounce back soon. Roy was clearly impressed by Jordan Ayew’s work rate as he mentioned that this type of work rate gives us three points.

Nuno Santo started his interview by saying that his side didn’t move the ball very well. He added that his side was defensively better in the first half, but there were no attacking threats. The Portuguese manager ended by saying that we must improve fast and it’ll require a lot of hard work.