Being the CMO of Smart FBA, Cohen Chorabik’s expertise has increased the profits of his clients with the Amazon FBA automation service. 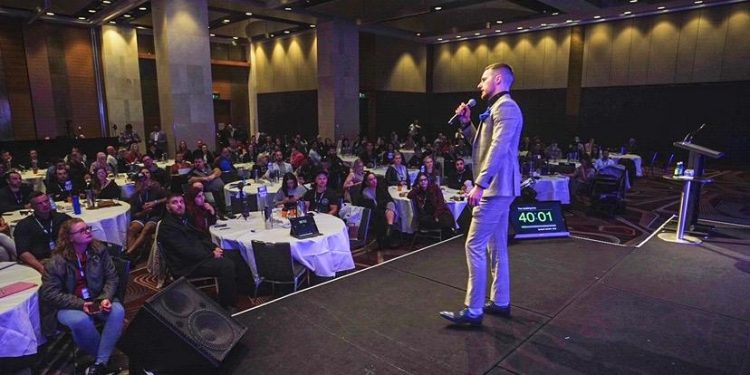 With a spike in online transactions, entrepreneurs have started using Amazon’s FBA model, and attained success in the vast field of digital business. Many entrepreneurs have emerged who have built careers of their clients and yielded them best profitable results, and in return, have garnered success. One such young entrepreneur who with his expertise became one of the best digital consultants in the industry is Cohen Chorabik.

Cohen was flourishing in the engineering world but decided to follow his passion for becoming an entrepreneur in 2016, and within a short period tasted success with his dynamic planning and a strong sense of the digital world.

Chorabik, 27, utilized Amazon FBA automation to perfection and flourished his clients’ brands on a global scale. He introduced Smart FBA to take his clients on a successful journey attaining maximum recognition and profits. The Amazon FBA service provides businesses with storage, packaging, and shipment feasibility to its clients, to facilitate a more easy and flexible business scope, and Cohen’s Smart FBA automates the entire experience of the service for the clients.

Cohen helps small, medium, and large-scale companies and brands to grow them by assisting in getting approval & selling popular restricted brands through Amazon FBA automation. Cohen’s Smart FBA smartly automates the Amazon FBA experience for its vast clientele. Cohen has experience of five years in the field and in a short space of time has become the CMO of Smart FBA. He, with his market knowledge and innovative strategies, has amassed revenue of more than 2 million online. Crediting Amazon for his exponential rise, Cohen possesses immense talent and patience to pounce on any opportunity. Cohen believes that the rise of Amazon FBA has led to the emergence of dynamic entrepreneurs and highlighted that even during a pandemic; Amazon has given more opportunities to brands and companies to grow.

Smart FBA functions on a three-step formula for the automation of Amazon FBA. Firstly, clients have to select the brands that they would like to be authorized for selling, then Smart FBA’s professional team of experts, facilities them by getting their account approved, and in the third step, the firm helps its clients grow their Amazon FBA business to greater heights that would help them get closer to achieving their business goals. Smart FBA has already set up a warehouse in Portland, and is at present scouting more locations, to expand its business reach.

Cohen Chorabik’s astute advice and making optimal use of the Amazon FBA model has elevated him as a leading digital consultant in the business.