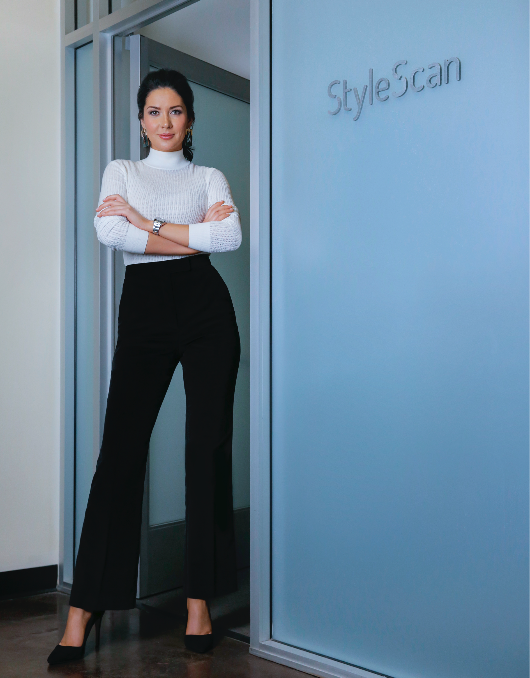 Using groundbreaking technology – first formulated for quantitative stock trading – StyleScan is on the mission to disrupt the way fashion brands and retailers produce visual content for ecommerce. The company has developed next-level visualization AI, which is helping to make old-school fashion photography obsolete.

For decades producing high-quality fashion images and videos for e-commerce has been costly, labor intensive and unpredictable. Additionally, it requires intense person-to-person contact. StyleScan software renders apparel digitally in seconds, which results in superior images produced at a fraction of the traditional cost, without human interaction.

The company’s founder Larissa Posner likes to describe it as “digital dressing on demand. Our technology recognizes the human form and garments in 3-D. Therefore, it is able to render apparel on any pose, rotation or motion. This output is impossible to achieve via current two-dimensional graphic-design tools.”

Here’s how it works: StyleScan begins by using a proprietary process to convert apparel assets into digital format. Each one of those assets can then be rendered onto images of models who have an infinite number of body shapes and sizes. In seconds, the company produces high quality fashion photos, and soon videos, that look as natural as anything else out there.

While encouraging body positivity, inclusivity and diversity, StyleScan is focused on cutting costs and increasing consumer engagement for fashion merchants. Early adopters are already on board. “Though we have been operating in stealth mode for the past 2 years, we already have corporate partnerships with brands whose revenue ranges from $100-million to $10-billion a year,” says Posner. “We’re gratified that our technology helps world’s top fashion players achieve their goals.” 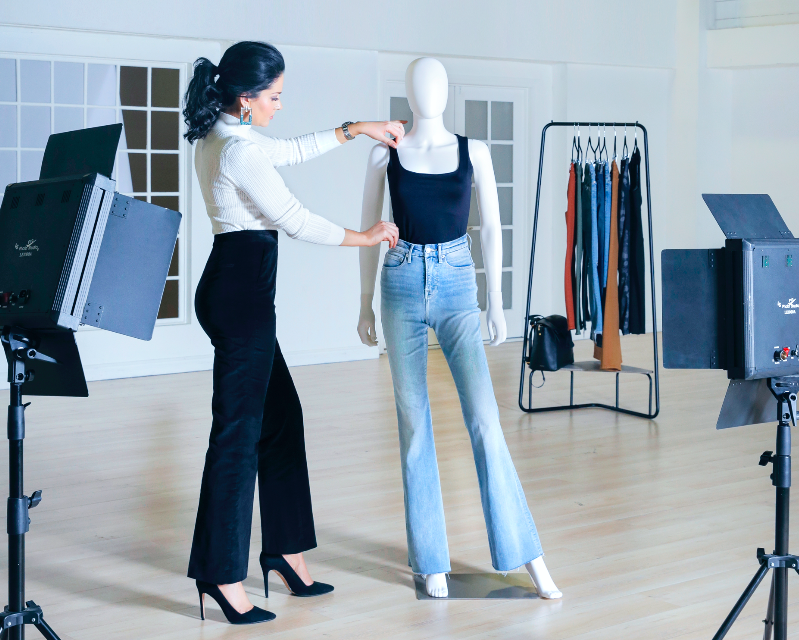 “Among our competitive advantages are extreme accuracy, ultra-high resolution and ability to render garments on natural human poses from any angle, even while in motion” says Posner, former model and fintech entrepreneur. “Models don’t need to pose in a static way. Our algorithms understand human form and apparel physics, draping stretching and movement, making the output images lifelike. There’s also no human artists involved. We are dressing files instead of people – but shoppers will be none the wiser.”

The company’s on-demand advantage will soon be deployed for the virtual dressing of influencers and consumers. “Later this year, influencers will be able to register for a professional mobile app that brings them into the StyleScan community,” says Posner. “They will take videos and photos of themselves anywhere in the world and be digitally dressed – with just one click – in the fashion item of top designers. Brands will no longer need to ship clothing to on-the-road influencers. Speed-to-market will be reduced to seconds. Imagine the time and money to be saved while digitally transporting merchandise to thousands of influencers, at far-flung locations, all at the same time.”

And it won’t end with influencers. “We also look forward to making this technology available to consumers via partnerships with major retailers and social media platforms” continues Posner. “Shoppers will be able to replace the pictured models on retailers’ websites with themselves. They will digitally try on clothing and instantly become the models. They’ll get to see exactly how they look in their desired garments from different angles, which in turn would minimize the number of returns.”

Based in California, StyleScan has access to leaders in venture capital, entertainment and technology. “While other fashion tech companies still recruit Photoshop artists, our team-members hold doctorates in computer science, statistics and mathematics. They come from companies such as Raytheon, Tesla and D.E. Shaw,” says Posner, adding that the highest standards of confidentiality and data privacy are adhered to.

“We’re funded by an elite group of venture investors and have received strategic backing from a Hollywood production studio. This partnership will help put us in place to digitally dress actors during pre-production for movies and TV.”

While already generating revenue as a fashion tech disruptor, StyleScan is gaining footholds in other history-shaping industries as well. “We are at the intersection of ecommerce, technology, entertainment and social media,” says Posner. “We’re at the forefront of the world’s most dynamic industries and our scaling opportunities are unlimited.

UseViral Review – I tried their service.