DJ FELIX, an Indian DJ who’s making a difference with his music 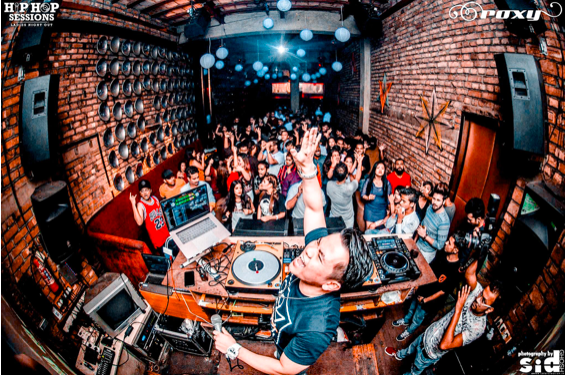 With his popularity soaring in India, Felix Huang aka Dj Felix has made his name in the Hip Hop scene in India, with new and possible collaborations in the UK, Felix is now all set to take the world with his music. A school dropout who was once directionless, he found his new home in the hip hop industry. He was very keen to party during his early years as a teenager and was out of goals, but with further time he took suggestions to become a Dj.

He joined the hip hop revolution long back when it was just treated as an opener for different sets. He wanted to change this scenario and started working on his music. Slowly and steadily, he started djing with Hip-Hop as its main genre and started performing in clubs in his own city. Since then, DJ Felix has been working on his performance skills to entertain the crowd. He treats each of his gigs to be the first and performs with the same love and dedication as he did the first one. His 8 years of struggle came in handy when people started noticing him and he started doing shows around the country. He has so far performed in some of the biggest venues of the country along with major cities.

Dj Felix has a very strong vision to connect to the new and upcoming technology and he wouldn’t take a blink to capture the same. He captured social media to promote himself and started working on his content to promote his skill across the country. From initial days of playing on CDs and Pen drives he went on a step ahead and upgraded to turntables and video performances making him a very popular VDJ in Kolkata. He was that popular that he used to do 3 shows on the same night. He was loved by the people of Kolkata for the fact that was putting the name of the city on the map of the country in terms of hip-hop music.

Dj Felix performed with some of the biggest venues and artists in the country along with doing my international shows. He has been a part of Sunburn Reload, Dusk Music Festival, Mandala Music Festival, United Music Festival, Afterworld Music Festival, Uncultured Music Festival, GOD Music Festival, Radiance Music Festival, to name a few. He also performed with artists like DJ Ease, Honey Singh, Nucleya, Ashley Wallbridge, Master D, Grzly Adams, Teri Miko, Aqeel, Suketu, Ivan, Zaeden, Shahrule, EPR, amongst others. He founded Kolkata’s biggest event company called “Hip Hop sessions” which are unique sessions where you get to hear the best of hip hop music with fresh tracks from around the world. Dj Felix is also a keen tender, he recently did a mix of a “Rasode Mai Kaun tha” and played the track in a club, the same video got about 10 million views and more than 35 thousand shares on Facebook.

After performing in properties in Dubai, Dj Felix is now prepping up for his tour across Europe and the US. He’s also coming up with his new single called “Jawab De” which seems to have connected with the people who were affected by Covid-19 and aims to uplift them. Dj Felix has been able to motivate and inspire people with his music during the lockdown with viewers from across the world who were dancing to his music with his live shows. Dj Felix also plans to tour the UK and aims to perform in the legendary Ministry of Sound along with venues in Birmingham, Manchester, Leeds, and more.