We recently had the immense pleasure of sitting down with Orlando’s own DJ Xclusive City for an exclusive interview with London Daily Post. 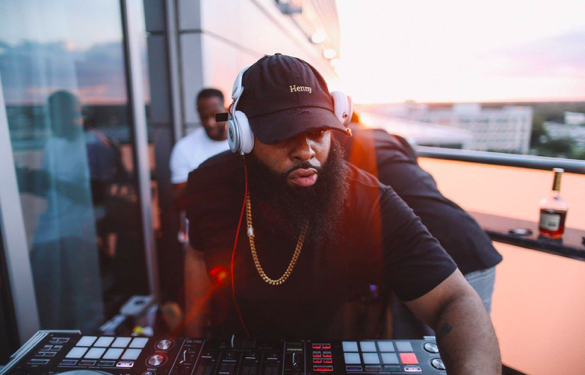 After quickly becoming one of the most recognized names in the Central Florida club circuit, Orlando-based DJ Xclusive City is building an extremely respected reputation in the Central Florida area. Starting at the early age of 12, he began distributing his mixtape CD’s throughout his hometown in Providence, RI to create a buzz for his name. After relocating to Orlando back in 2014, Xclusive City was later hired at 104.5 The Beat (WTKS) for “Let’s Talk!” with Viva La Koi inside the “12 O’ Clock Lunch Mix” weekdays at noon. Having over 5 years of radio experience at 104.5 The Beat, Xclusive City is well-known for DJing celebrity parties with Juelz Santana, DJ Envy, DJ Stakz, DJ Suss One, Young Thug, A Boogie Wit Da Hoodie, Tory Lanez, Migos, Plies, Trina, Bow Wow, Cardi B, Nas, Maxwell, Megan Thee Stallion, DaBaby, Biggg Slim, Dope Truth, Manny Solo and several more.

Amongst working with many of today’s budding stars, DJ Xclusive City has been known for breaking records over the past years. He was the first DJ to premiere Davido’s “If” back in 2017. Furthermore, Xclusive City happened to be the first to break Afro B’s smash hit “Drogba (Joanna)” in the clubs, which says a lot about his ability to find hit records before they blow up. Back in December 2019, Xclusive City was also chosen as the newest member of the world-famous Da Union DJ Crew. Now, he holds a high position of doing Saturday nights with DJ D-Strong at SWTB Live from The Beacham and Sunday nights at 104.5 The Beat and iHeartRadio. Check out our conversation below.

How would you describe your childhood? Many people start off doing college parties, was it the same for you?

My childhood was very interesting, I got involved with music at an early age. At 12 years old I was going by DJ Vibe, when I started making mixtapes back in 2002 and selling them in school for $5. Once I got to high school I already made a name for myself as well, I was selling more mixtapes at a bigger rate and even to the barbershops. Around my junior year in high school a popular club promoter approached me and said he heard about me from the kids in the neighborhood and barbershops and told me I got to start doing parties to build my brand bigger in a different lane. I started off by doing teen parties with him. A few years later I started doing college parties at the University of Rhode Island and Rhode Island College with 2 friends of mine Hus and Rob Re, from that point on I was building my audience and supporters. And that led to more opportunities for me to start getting my foot in the Providence, Boston and NYC nightlife clubs until I later moved to Orlando. 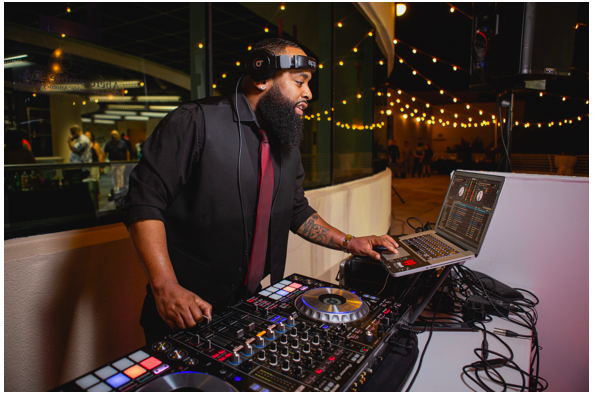 Who are some of the acts you’ve worked with and what’s your craziest fan experience?

I never did any concert tours with a specific Artist, but I worked with many artists throughout the years from deejaying a party they were hosting or a show performance. I did an opening DJ set for a Migos show at Vain Nightclub when they were on tour shortly after releasing their “Culture” album here in Orlando. That night a fan lied to security saying she was my girlfriend so she could be on stage, she threw a water bottle at me because I told security she was lying and “I never seen this woman a day in my life”.  A year later I got to DJ for Nas at Hard Rock Live in Orlando. Def an amazing experience to be spinning tunes for a legend like him. Another great moment was working with Haitian-American R&B artist Maxwell, I was the opening and closing DJ for the event, it was a great feeling especially since I have been repping Haiti since the start of my career. Other artists I worked with either club or show related are A Boogie, NAV, Casanova, Flipp Dinero, Wale, Fivio Foreign, Tory Lanez, 2Baba, Ozuna & Maluma.

In your own words, why are DJ’s important? What is that you can do that no one else in the industry can offer?

If we are speaking about DJ’s who dedicated their whole life, time, money and sacrifices then those are the important ones we should always speak about and appreciate them. DJ’s are important because they provide an amazing energy with music that no streaming service can provide. DJ’s have been important since the early 70’s, history has shown us how creative DJ’s have always been since the first mixer and turntable were invented. DJ’s are like music scientists they spend many hours practicing and perfecting their craft to create amazing mixes and new styles of music. Nothing better than a DJ who knows how to mix good music together, control the crowd with the Mic and provide an energy that you can’t get no where else. A Spotify playlist will never fulfill that skill. DJ’s have always been the unofficial A&R’s of the music industry, they see the talent in upcoming artists before anyone else does, they have the early insight of what records will be big just by their ear alone. Music is where it’s at today because of the DJ’s, DJ’s have been in the frontline since the beginning.

Several DJ’s have different perspectives, but what does it mean to break a record?

To me breaking a record is when the DJ has a copy of it early from an unsigned upcoming Artist or a record that is officially released and no one is paying attention too. And the DJ believes that record will be the next big hit and uses their platform to play it consistently either on radio or at the clubs. And once the record goes mainstream and people remember the first time they heard it, they will remember the DJ who presented it to them for the first time. Nowadays everyone gets music around the same time with the digital world, there are many records that are still being broken by DJ’s regardless if the song is on Youtube or Spotify, the beauty of it is that the DJ took a chance and did everything possible to let people know this is what they should be checking out and listening too. Sometimes it takes a year or two for a record to be broken, but the DJ’s always do their job from the early start once they start playing it consistently and from there on it’s up to the people to follow the lead and support. DJ’s have always been the voices for many songs and Artists that people didn’t believe in. 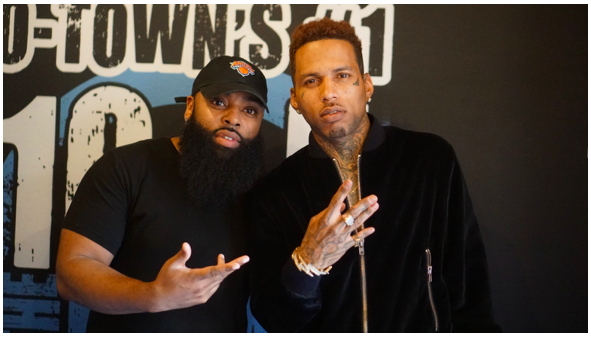 Where do you see your career going in let’s say the next five, ten years?

I see my career heading into either having a A&R position on a major label or creating my own label and signing some new talent.

How do you make it big as a DJ?

Making it big as a DJ you have to be consistent 24/7, you must focus on the things that make the most sense so it can help you achieve your goals to get there. You have to be your biggest supporter and fan, if not, the people in return won’t take you seriously if you don’t for your own self and brand.

How do you plan on achieving longevity within your career?

Longevity of being a DJ is there are so many different resources and lanes to be in, you have wedding DJ’s, Radio DJ’s, Tour DJ’s, Club DJ’s, the list goes on. Being a DJ with longevity comes with many years of building a great reputation and great relationships.