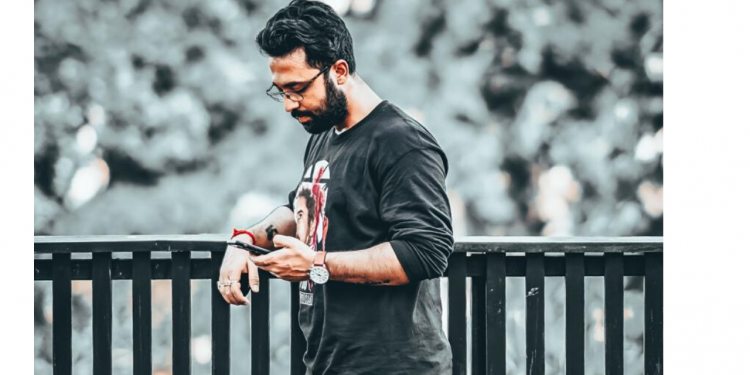 Appreciation of art and artist has been a rare event in the community yet young photographer Koushik Sengupta has achieved thousands of applause and appreciation across the country. Being a successful photographer and philanthropist, he has given a new set of eyes with a young perspective in it. Using Instagram as his wall (@nosleepteam24), he impels over 70k+ followers by his mesmerizing and powerful work.

Koushik Sengupta is a successful businessman from the ‘City Of Joy’ Kolkata. He is an excellent example for people who want to follow their passion without leaving their profession behind. After doing him MBA Koushik runs a successful business of spare and motor parts of engines and gears of ships and fishing trawlers.

This is remarkable how he has managed to achieve his passion for photography and obligations for the generation. He supports the cause of gender equality and women empowerment and helped poor people during Amphan cyclone in coastal areas. He has already done his part of donation for west Bengal relief fund. He recently signed the petition at vanishing girls.in demanding the immediate reinstatement of Pre-Conception and Pre-Natal Diagnostic Techniques (PCPNDT) Act to save unborn girls in India.

It all started back in 2017, when he went to Dubai, the city’s glamour invaded his heart and he took some of the pictures and uploaded them on Instagram. His followers took no time to recognize his talent and made him a well-known face of Kolkata.

His work from New York, San Francisco, and India are well acknowledged.
Koushik’s entrepreneurship has a strong inner drive that helps him to succeed. His followers and other passionates are reaching out to him for his insight.

Marketing Expert, Joel Contartese, Shares that 90% of the Marketers Involved in Influencer Marketing Believe it to be Effective