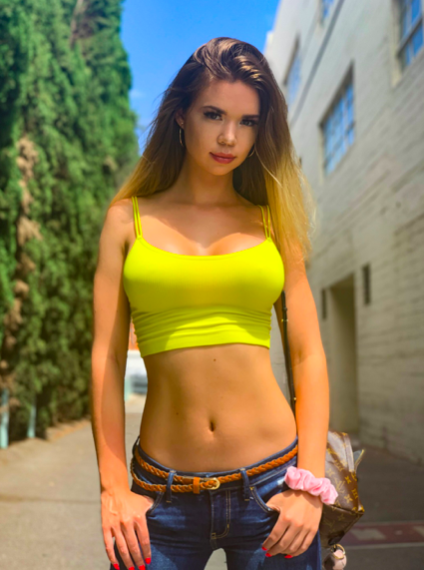 While most people are afraid to go out of their comfort zones to pursue their dreams, there are some individuals who do not hesitate to take risks and attempt go the extra mile to reach their goals. Morgan Lux is one of those very few people who has sacrificed quite a bit to reach financial and personal success. Through her efforts, she has successfully leveraged social media to build an empire and has even expanded her businesses beyond the social media industry.

Lux’s journey into social media began with the creation of her Instagram page at just sixteen years old. After taking a short break to pursue her passion for culinary arts, she quickly realized it wasn’t for her and left culinary school to pursue social media full time. Morgan’s big break came when she gained the attention of a savvy social media veteran who at the time ran the largest female cannabis lifestyle brand by the name of “Ganja Girls.” Having been in the industry for over ten years in web design and social media marketing, he saw the potential Morgan had as an influencer and businesswoman and decided to become her mentor. Morgan learned how to effectively market herself to her audience and monetize her platform in the most strategic ways possible. In 2017, at twenty-one years old, Morgan became verified on Twitter and reached a million followers on Instagram.

Unfortunately, Morgan’s celebration of one million followers was soon over as her page was permanently deleted within months of the huge accomplishment. Morgan was left with only one option which was to create a new account and build it from the ground up. Through consistency and hard work, Morgan managed to successfully grow her new account to a million followers on February 14, 2020. It’s extremely difficult to reach the one million follower mark on any social media platform, but to do it twice is a very special milestone.

For influencers who adapt and evolve with the everchanging world of social media, the possibilities can be limitless. After noticing her peers on social media were utilizing private snapchats to travel the world with their newfound source of income, Morgan teamed up with her mentor and launched one of the first private snapchat companies called Baesnaps. They tested their new platform, and within two weeks earned five-figures. Once Morgan realized they had hit an untapped market, she launched her own website and has since become tremendously successful, earning over six-figures through subscription-based platforms.

Taking risks has helped Morgan create the life she once dreamed of, and she plans to continue taking calculated risks and has big business plans for the future. Currently, Morgan has begun her journey into stocks and investing all while expanding her social media presence and running her businesses. She is also making her debut in reality television on “Men of West Hollywood,” which is premiering soon on TV. Morgan has overcome countless obstacles to become the successful entrepreneur she is today, and hopes to inspire others by showing them that they can do anything they set their mind to, no matter where they come from or what they’ve been through. Morgan encourages everyone with a passion to take risks, chase your dreams, become the best version of yourself, and live the life of your dreams.

BTK Villeion Has New Music On The Way