Eriksen and Soren Dickens: Making Their Mark as Filmmakers 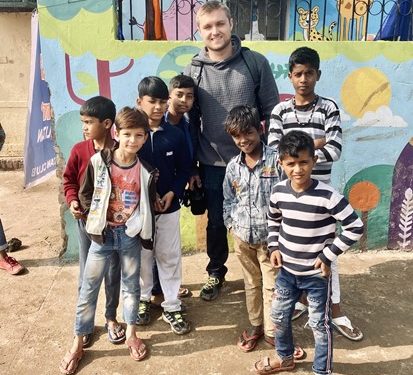 Life. No single word can better epitomize the ultimate combination of hope, happiness, and opportunity than life. Life represents a heavenly touch of peace, grace, and freedom united with a child-like sense of happiness. But like a child, life can also be ruthless. At times, life will beat you relentlessly into the ground, leaving you helpless and broken. Life will suffocate all your hopes and dreams and then when you think you have escaped it, life will reappear to hand you a taste of reality. Life is unfair, but it is not invincible. Just ask Soren and Eriksen Dickens.

Eriksen and Soren Dickens, brothers aged 25 and 23, were born and raised in the rural community of Oakdale, California. Home to only 20 thousand residents, the Oakdale culture is very much a blue-collar one. Occupations, such as farming, ranching, and construction, instilled the values of hard work, resilience, and grit into every child in the Oakdale community. Such incredible levels of toughness and grit aided the Dickens brothers in becoming star athletes. The pair excelled in both swimming and baseball for Oakdale High School, earning collegiate scholarships to continue to play at the next level (Soren for swimming; Eriksen for baseball). The toughness displayed through sports, however, could not compare to the willpower the siblings demonstrated at home.

Rejuvenated by their mother’s enormous medical victory, the Dickens brothers were determined to honor their late father’s legacy. The sibling pair dedicated the next six months recounting and compiling the hundreds of incredible stories people had to tell about their father. The resulting documentary entitled “His Legacy: The Rise, Ride and Last Stand of the Oakdale Colts” far exceeded the brothers’ expectations. The film not only honored their father but also served as the spark that ignited the Soren’s and Eriksen’s careers.

Astounded and motivated by their success, the Dickens brothers would go on founding Platinum Peek Production, a digital storytelling company. In only a few years, Platinum Peek has developed a clientele portfolio including musicians, athletes, alcohol beverage companies, and a couple 8 and 9 figure nationwide businesses. Platinum Peek’s most recent venture came in the form of their “Two Magic Drops” documentary. Injunction with the Rotary Group, an international humanitarian group, Soren Dickens traveled to India to provide polio vaccines to millions of children. The experience and footage were overwhelming to the Dickens brothers. The disparity in quality of life between the United States and India was unfathomable to Soren and Eriksen. “Two Magic Drops”, which debuted in May of 2020, spotlights the despair among these Indian communities to raise donations and aid for such people. The influential film has gained notoriety worldwide being named to several film festivals internationally, and winning Best Documentary in one of them so far.

Although as children the Dickens brothers could have never imagined the roller coaster ride which their lives were about to embark upon, they have become a living testament to the power of persistence, hard work, and a never-ending will to succeed.