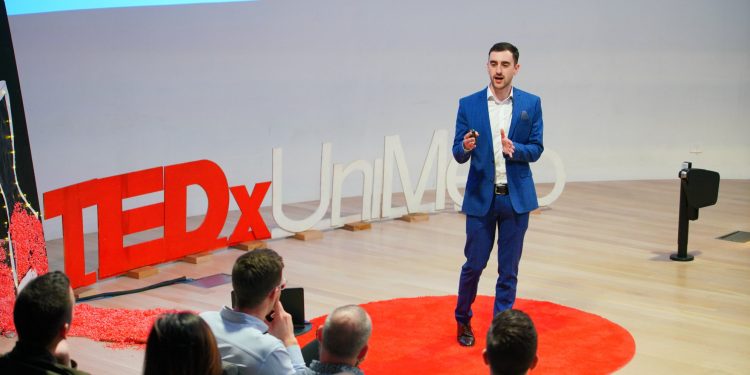 Ethan Donati has spoken at multiple TEDx events. He has also created a seminar and public speaking company. He is now a much sought-after speaker and digital marketing expert, and one of the youngest teachers at Australia’s top-ranking university, the University of Melbourne. However, Ethan’s success was not predictable or even remotely imaginable. When he was young, not many people thought he could amount to anything because he had an extreme case of social anxiety.

While Ethan’s social anxiety was seemingly a curse early on in his life, it was also a blessing in disguise. It made him learn how to make money online from very early on, as he figured it would let him lead a good life without needing social interactions. His first online moneymaker was an NBA blog that he built and monetized within months when he was still in his teens. He later got into digital marketing and was also very successful. His early successes gave him the confidence he needed to do more.

It drove him to want to conquer his social anxiety. In his own words, he wanted his life to be like a movie, and he wanted to do the one thing that he thought needed to be done to make it a good story. This thought process is what drove him to venture into the public speaking/seminar business. He believed conquering his anxiety would make his life story a good one. Ethan has not only achieved his goal but in overcoming his social anxiety, he has also become a much sought-after public speaker and a best-selling author on Amazon.

Ethan Donati now runs a hybrid digital marketing and seminar agency. In the last four months alone, his agency did over half a million dollars in sales. According to Ethan, the agency provides full-service digital marketing. They help with niching down, offer creations, getting leads, building presentations, making landing pages, and managing ads. They do everything necessary for clients to succeed. The agency specializes in helping individuals who want to get clients through webinars, seminars, and presentations. Ethan argues that every entrepreneur only needs to learn how to make high-converting presentations and high-converting funnels to get life-long clients. Those interested in learning these skills can learn more from his agency’s official website.

Ethan wants to be remembered for inspiring and helping others to turn their weaknesses into strengths. He overcame social anxiety and now earns money from public speaking and coaching. He wants to empower people to overcome their struggles, fears, and doubts just like he did. To achieve this, he has organized events where he shared his thoughts and gave speaking opportunities to others with similar stories to his to impact the world. To find out more about Ethan’s previous and future seminars and events, visit his website.