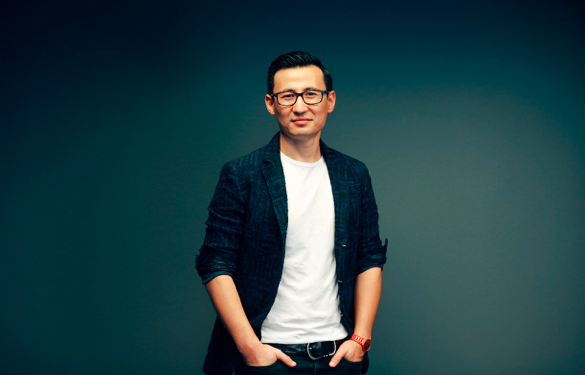 “China’s Treatment of Uyghurs is Genocide…”

“Women in the minority Subjected to Systematic Rape and Sexual Abuse…”

“The Ultimate goal of Chinese Government is to Eliminate Uyghur Identity…”

Horrifying and heart-wrenching headlines have been circulating the internet about the repression of Uyghurs and other Turkic people in China. Came into prominence in the 8th century in present-day north-central Mongolia, Uyghurs have become one of the most oppressed minority groups in the world. Every day, hundreds of Uyghur families bade goodbyes to their loved ones who fall prey to the Chinese persecution. Among such families is that of Kuzzat Altay. Playing his part as a human rights advocate, Kuzzat raises a voice so that his fellow Uyghurs along with Hong Kong and Chinese Christians do not have to experience the trauma he did.

Born in Urumqi in the Xinjiang Uyghur Autonomous Region, Kuzzat did not know that his pleasant early days in the People’s Republic of China (PRC) would turn into a nightmare. Describing his childhood days in Beijing, where he moved when he was three years old, he stated, “My days in Beijing were pleasant, and I felt like a fully enfranchised Chinese citizen.” While talking about these days, he also emphasized how excited he used to be to attend the raising of the Chinese flag with his grandmother. Kuzzat was brought up in a family that owned several businesses. These included restaurants and a number of import and export ventures. His family was liberal and believed in secularism.

Kuzzat completed his high school education at a prominent local middle school. His school, as he describes, was the reason why he possesses such powerful leadership qualities. While he did pay attention to his studies and belonged to a stable family, he began to see the darker side of a country he loved so dearly. When he dove deep into Uyghur culture and language, especially his community’s history in Xinjiang, he became aware of the Chinese Communist Party’s (CCP) propaganda. This was when his journey became, but he was unaware of what destiny would bring his way in the future.

Realities of the World

It is said and widely believed that there comes the point in every individual’s life that brings them to the verge of breaking. This is an inescapable part of one’s life, and even Kuzzat could not escape his fate. While he was in school, he realized how the Chinese government wanted to erase Uyghur culture and presence from China. This was its long-term strategy to control (and often eliminate) the Uyghur culture and ethnicity. Uyghurs were a target, and it was evident when he was barred from returning to school grounds after he sneaked out to attend mandatory Friday Islamic prayers.

Despite being held back, Kuzzat was determined to acquire quality education, and his efforts did help him land into a prestigious university for medicine in Xinjiang. Things got tough with every day, and he was beyond disappointed when he was put in a remedial class for a full year for Mandarin learning, despite speaking the language fluently. Being a ‘person of interest,’ he began to feel ‘trapped.’ Ultimately, he gave up his classes as all of his acquaintances in the university were called for interrogation. He became an unwanted individual because he was a Uyghur and a relative of Rebiya Kadeer, a prominent Uyghur political activist.

Working in his family restaurant, Kuzzat, a boy with dreams, was desperate for a way out. This was when he applied for a passport, and he got one. Unfortunately, things were not that easy. His home was ransacked by the Xinjiang authorities. It shook him and his family to the core. They did not leave their homes for days. Until one day, his aunt, Rebiya Kadeer, arranged for a way out. Both Kuzzat and his brother left for Beijing, where their passports got stamped with Turkish student visas. Turkey served as a safe haven for him. He worked as a translator for several Turkish companies as a translator and Chinese consutant in Istanbul. He was living a stable life.

Thanks to his aunt, he got a chance to complete his education, for which he moved to the United States after acquiring a refugee status. Having difficulty in speaking English, it became a challenge for him to get into post-secondary schools. He worked as a sales person at grocery stores, a delivery man, and a waiter to support himself. After struggling for several years, he finally landed an I.T. job with the tech company, Inovalon. This was followed by a job at CGI and then at Fannie Mae. His experience led him to launch his company, “Cybertek,” an international Tech-Ed business. His hard work and determination led him to an opportunity to study at General Management Program (GMP) held at Harvard Business School Executive Education.

Finding the Purpose of Life

Kuzzat was spending a satisfying life. He was well-educated, running a profitable business, and was married to the love of his life. All was well until he came face to face with the horrors of his past life. “Son, they are taking me,” the exact words of his father. These five words that Kuzzat’s father uttered on a WeChat voice note in 2018 shook him. He received a call from his father in Urumqi, telling him that the Chinese authorities had taken him. Kuzzat was hit with a realization that the tyrannical life he left behind had gulped his family, and there was no way he could turn his face away from that.

The Voice of the Oppressed

The startling call from his father and those five words helped him understand his life’s purpose – to become the voice of the oppressed Uyghurs. Kuzzat could not sit back and cry for his loss. The thought that he would never get to see his father took away his peace. To save other Uyghurs from the same fate, he launched many advocacy ventures to strengthen the Uyghur presence in the U.S. and globally. In May 2018, Altay launched the Uyghur Entrepreneurs Network to raise awareness about Uyghur issues through business and community training. This was not it. He also laid the foundation of the “100 by 100” campaign. It is a successful campaign through which amazing opportunities are given to 100 Uyghurs in the U.S., Canada, and Europe. The campaign offers scholarships and training to them to help them land I.T.-related jobs.

Kuzzat traveled from country to county and spread awareness about the Uyghur crisis. He took his wisdom, knowledge, and experience to the European Parliament, the British Parliament, and the United Nations. The 36-year-old American founded Uyghur Community Center in 2019 in Fairfax. He supervised training for political lobbying and community organizing. He made empowering the Uyghurs the ultimate goal of his life. All his efforts were recognized, and he was appointed as the Uyghur American Association (UAA) President in 2019. Kuzzat has not stopped working for his fellow brothers. He has not missed an opportunity to voice out the concerns and highlight the persecution of his Uyghur fellows. Kuzzat is a fighter, and he is fighting for the rights by serving as a voice for people who are being stripped away from their rights of freedom. Kuzzat Atlay, the man who survived the tyranny but lost his family to it, is working every night and every day to ensure that no other child has to hear the words, “Son, they are taking me.”

The Little Voice in the Head