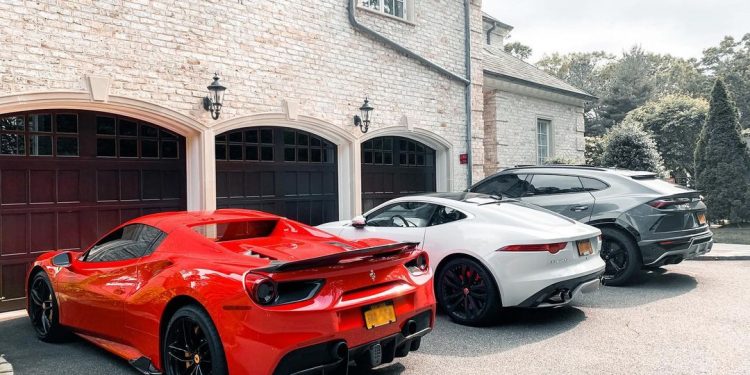 A Humble Mindset from the Beginning

Although Louis Albanese began his businesses, Amazon Freedom & Invest in Your Freedom, just this past year in 2020, each was based on mantras he’s gleaned from past experiences. The most important of these he learned when he was young and was reinforced when he was a pre-med student: he wanted to help people. Although he has realigned his goals a bit towards his true interest of being an entrepreneur, he is still able to help people financially by providing them with financial confidence and guidance. Along with an open-minded perspective towards aiding others, Louis is also adamant about keeping all ideas on the table. A part of one of the biggest lessons he’s learned in his life is to, “Never cage an idea and be so fixed on it that you don’t let it grow into something even bigger and more prosperous.” Freedom is the name of the game when it comes to finances and life for Louis.

What are Amazon Freedom and Invest in Your Freedom?

Amazon Freedom encourages new sellers to utilize the platform with all the benefits and virtually none of the hassle. Amazon Freedom 365 is an LLC that enables passive income for sellers that can be equivalent or greater than their normal draw. Building a system like this has allowed over 201 active stores to expand with impressive profit margins. Invest in Your Freedom is a group centered around performing due diligence, researching smart investments, and ultimately creating a sense of community that’s interested in income and networking. It is run as a circle of knowledge that is operated in the name of helping members achieve their financial goals without simply trying to make a quick buck. Its about financial security and stability for the future above all else.

Motivators and the Path to Success

For Louis, a great deal of his success originates from his drive to help others. While he recognizes that his journey has been one filled with many achievements, he notes that he would have told his younger self to invest sooner and be more outgoing towards the world. In fact, his advice to other entrepreneurs is essentially the same. Fueled by role models like his father, who faced a difficult upbringing but worked hard to provide for his family, has kept him constantly primed to face any new challenges with vigor. He noted that the key to success for any up and coming businessperson is to push the envelope as much as possible. The risk may be great, but the reward is often greater. He pushes himself in much the same manner – the quality of life for his family, combined with assisting those seeking out a similar path and leading a well-rounded/healthy lifestyle, are essential to how he operates from day to day.

The Future for Louis, Amazon Freedom, and Invest in Your Freedom

Mr. Albanese goals are not for the faint of heart: he’s got his eyes set on earning over $100 million throughout his lifetime. He envisions himself managing northwards of 5000 traders along with 1000 e-commerce stores, developing the largest management company globally. Outside of the business sphere, starting and providing for his own family are the next steps he sees for himself. This greatly reflects a quote from Albert Einstein that he lives by: “Try not to become a man of success. Rather, become a man of value.” Any man can run a business based on finances alone – Louis Albanese strives to embody the traits of family, freedom, and quality of life for his clients and his coworkers each day.

To keep up with Louis’ endeavors, follow him on these socials: