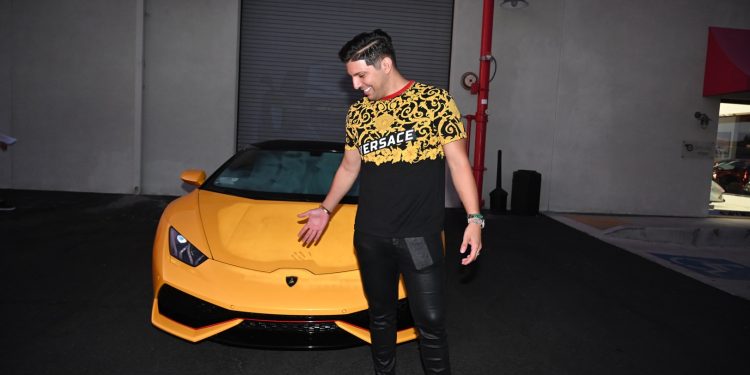 As an entrepreneur, your overflowing passion and ambitious nature prompt you towards working all day to maximize your productivity and grow your business. However, being a slave to your work will only impede your growth instead of adding value to it. Leading businessman, entrepreneur, and CEO of Market Masters Academy, Ricky Andrade shares his 5 valuable tips on how to get the most out of your day while keeping the anxiety at bay.

In addition to working hard, Ricky ascertains he also works smart. That, according to him, requires determining the hours of the day you can work most efficiently, chunking them into blocks, and assigning tasks to each one of them.

For this purpose, Ricky maintains his to-do checklist. This way he avoids wasting precious time worrying about pending tasks – as each one of them has their allotted slots which Ricky assigns a day in advance.

Leading multiple businesses at 25 is not an easy task. Ricky believes his habit of waking up early seven days a week has played a vital role in his attainment of success.

By waking up early, Ricky accomplishes daunting tasks during the early hours of the day while having an ample amount of time remaining for recreational activities. He further explains,

“Waking up early helps to maintain your biological clock otherwise known as circadian rhythm so you, in turn, sleep better. This minimizes the chances of burnout and keeps both, your body and mind, healthy.”

While most people indulge in working exhaustively every day, Ricky relies on the power of patience. After creating clear-cut boundaries between work and fun, Ricky focuses his attention on only one thing at a time. Each day he designates a certain amount of time to work and in that duration gives his best to it – not fretting over immediate results. During the early hours of the day, you will often find him engrossed in analyzing market trends and making trades or influencing thousands through his mentoring at Market Masters Academy.

However, what distinguishes him from the crowd is the fact he devotes an equal amount of time and energy to his personal life and family as well. His balance of work and life has been of paramount importance for him to live a prosperous life.

Keep your company in check

We all have heard the phrase, “You are an average of five people you spend your time with.” Ricky understands its significance and hence has always kept his company in check – both the one he created and the one he surrounds himself with.

None of us have the ability to stay 100% positive at all times. Sometimes we succumb to our stresses. It’s time like these when our productivity plummets and surrounding ourselves with friends or closed ones who radiate positivity and help to propel us out of the pit makes all the difference in the world.

Andrade rose to success through Forex in his early twenties – an age where people are likely to indulge in poor eating habits and do not pay heed to fitness. He, like his peers, relished expensive dinners and dined out frequently. However, soon he began seeing the negative impact that was incurred because of these unhealthy habits; he experienced early fatigue and a lack of sense of clarity.

It was then, he realized the grave need to maintain a healthy diet and to stay fit. He began exercising routinely and now makes sure to hit the weights at least four times a week. He also maintains a healthy diet to remain energized and avoid feeling lethargic.

When you are an entrepreneur, it’s easy to be tempted to work at all times. It is imperative, however, that we follow these tips given by one of the leading businessmen and Forex Trader, Ricky Andrade, to avoid falling into this vicious spiral and ensure maximum productivity.