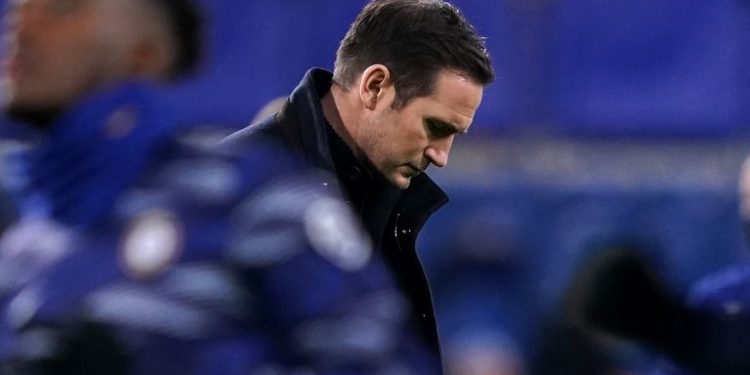 After finishing 4th and reaching the FA Cup finals last season, Chelsea Football Club has decided to sack Frank Lampard. The Chelsea Board appointed the English manager in July 2019. Despite securing a Champions League spot, the current season for Chelsea isn’t looking good. Chelsea is currently at the 9th position in the English Premier League table and 11 points behind from the leaders.

After defeating Luton Town by 3-1 in FA Cup yesterday, Frank Lampard weirdly thanked all the fans and supporters of the Chelsea Football Club.

In 2019, Frank Lampard signed a three-year deal with his old club and guided to champions league spot for 2021. Moreover, he also finished as a runner-up of FA Cup in 2020. Chelsea’s owner Roman Abramovich also backed him as the club bought big players like Timo Werner and Kai Havertz.

However, Chelsea’s current form became worse and worse since December 2020. Moreover, Frank Lampard’s Chelsea managed an average of 1.67 points per game, the fourth-lowest of any full-time Chelsea manager.

Chelsea Football Club confirmed the news of Frank Lampard’s sacking through posts on Twitter and Instagram. In addition, the club also confirmed the Roman Abramovich’s statement on Frank Lampard. The Russian owner of Chelsea added that it’s important for them to make this decision under current circumstances. However, Frank is an important icon of the club, and he’s always warmly welcome at Stamford Bridge.

Thomas Tuchel is set to take over?

There’s no official confirmation from Chelsea, but sports journalists and scouts have confirmed that Thomas Tuchel is the next Chelsea manager. After leaving PSG just a month ago, Thomas Tuchel is the best choice in Chelsea board’s eyes. The 47-year old German manager has won consecutive titles with PSG in France’s Ligue 1.

Many fans and football pundits have criticized the club’s decision and added that Frank Lampard deserved more time.

Kosta Ouzas - A young entrepreneur has a new way of marketing for all fiction writers.