From “Ashte” to “Merlin Zapravo” – The Journey of a Brave Fighter 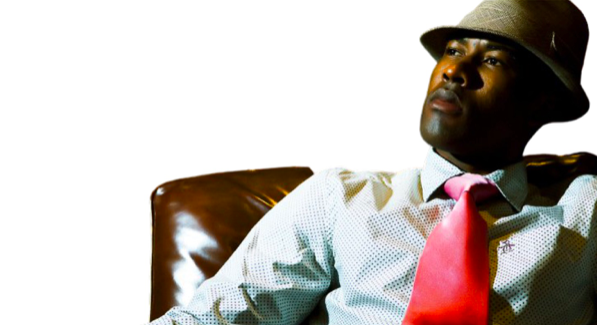 When it comes to enlisting the most successful people in the world, some are from the United States, others from the United Kingdom, China, or Russia. All these countries belong to the First World and serve as the industrial centers of the world. It does not come as a surprise that the citizens of these nations are privileged when it comes to opportunities to grow.

A stable educational system, prestigious employment opportunities, ample amount of resources, a chance to live a luxurious lifestyle, and a stable economy, all these factors out the citizens of developed nations to stand at the forefront. However, despite being deprived of basic necessities and living a life in difficult conditions, there are some people from developing countries that make their way to the top from ground zero. These people do not have access to resources; neither do they have easy access to opportunities. Such individuals are the ones to appear at the top, because they fought adversities in life, lived through a dark age, yet came out stronger.

There is a Spanish-Haitian individual who was raised in Port-Au-Prince, Haiti, a country with minimal resources, yet he was able to shine in the world of music. While there are hundreds of singers, songwriters, dancers, and producers who have made it to the top and built their careers from scratch, Hans Ashté Tondereau, who the world knows as “Ashte,” or “Merlin Zapravo,” is one of those who relocated to a new country for the sake of his passion.

He left his loving family behind in search of success, he got stuck in a financial crisis, fought adversities, faced failures, but in the end, he turned his dream into a reality. Professionally known as Merlin Zapravo, this man’s journey is an inspiration for all the struggling artists. It comes as motivation because, on one hand, where life brings problems to the doorsteps, on the other hand, it gives you a chance to become stronger.

Whether a person is struggling financially or is failing to succeed in their dream career, giving up is never a solution. Merlin Zaparvo, a singer and songwriter, dancer, actor, and producer, who struggled to succeed in his life, states, “There were days when I barely had money to feed myself; those were tough times. Sleeping with a hungry stomach is not simple. But, was it powerful enough to overpower my desire to succeed in the music world? Absolutely not. I was born for greatness, and this phase was just a test that I had to clear. Nothing, I repeat, nothing in life is powerful enough to prevent you from pursuing your passion.” There are thousands of success stories in the entertainment sector, but this one where a Haitian boy fought his adversities for his passion is worth a mention.

On asking about whether there was music or entertainment background in his family, he stated, “I was born in Valencia, Spain, and then moved to Haiti. My family was a mixed religious group, where my mother, Rosita, was a Cuban-Haitian, and my father, Alexandre Tondereau, was a French-Haitian. None of my family members were part of the music or entertainment sector.”

Growing up in a mixed religious household can get in the way of people, but it did not bother Hans. When he was 16 years old, he met Jean Louis Phenol, owner of a musical band “Rapso Boyz.” His neighbor, Max bateau, a Haitian Jazz Saxophonist/Painter, introduced Hans to Jean.

“When I saw the Raspo Boyz perform, I sort of began to admire it. I even got a chance to jam with them, and I used to feel complete. It seemed like music was a part of my existence.” After being introduced to Phenol Jean Louis, and developing some skills, he joined the “Flex” band, a trio, in 2001. With Hans on board, the band released their first Carnival Meringue track, “Tet Anba,” type of music originating in the Haiti Republic. The track was a success, which was then followed by the band’s last track, “Prechi-Precha.” After this, the members of the band parted their ways. However, this encouraged the young and passionate Hans to work on his solo music career.

He took up the stage name, “Ashte,” a name that was given to him by Axion, Hans’ Cuban grandfather. In 2006, Ashte finally released his single, “Johane.”

Ashte received an offer to move to the United States when he was signed Green Ocean Media, Jean Wesley Emannuel’s record company. “I was thrilled when my friend Michel Dessources, who is a filmmaker and a photographer, introduced him to Graig Banica. Even though it was just a phone call, but it was real. And then, when I was introduced to Jean Wesley Emannuel, I thought I was dreaming. Being signed by his record label was huge for me, and moving to the US without my family was a price that I had to pay.”

As soon as he moved to the United States, he released his album under Green Ocean Media, “Apres la Pluie.” It even included a track, “Cry No More,” which was dedicated to people who lost their lives in 2012’s earthquake. What he thought was his chance to shine, became a failure he had to cope with. “I was hopeful and sure that this was an opportunity for me, this was the time for my success, but I did not bring the factor of saturation in my consideration, …, it was a major setback in my life, but I could not give up, not just yet!”

After his album failed, he began working on his fitness certifications, even when he did not have money to feed himself. He settled in Manhattan and became a dancing teacher. He also worked as a fitness trainer, appeared as a guest teacher for various dance studios and fitness facilities in Haiti, Venezuela, Dominican Republic, Brazil, Cuba, and New York City for many years.

What helped him stay strong and keep going was his punchline, “Dropped from regular stretches, uplifted from heavy weighs.” After his hard work, he finally got an opportunity he was so eagerly waiting for. His unique vibe and diverse approach to Pop, R&B, Hip-Hop/Rap, and Reggae Dancehall genres finally acquired the attention it deserved.

In 2019, his album, “Certified Baller,” hit the market and rocked the industry. It was a six-track album, with phenomenal tracks that established Merlin Zapravo as a top music artist. Moreover, he was signed by “LRMG,” through which he has released several hit songs, including “Homie King,” “Hello Mama,” “Believe in Me,” and “Nashville Butterfly.” These tracks have made the music enthusiasts go crazy! Formerly known as Ashte, Merlin Zapravo, a Spanish-Haitian, despite being from a developing country with minimal resources, succeeded in fulfilling his life-long dream.