From Desk to Stage: DJ and Producer Amanda Haze 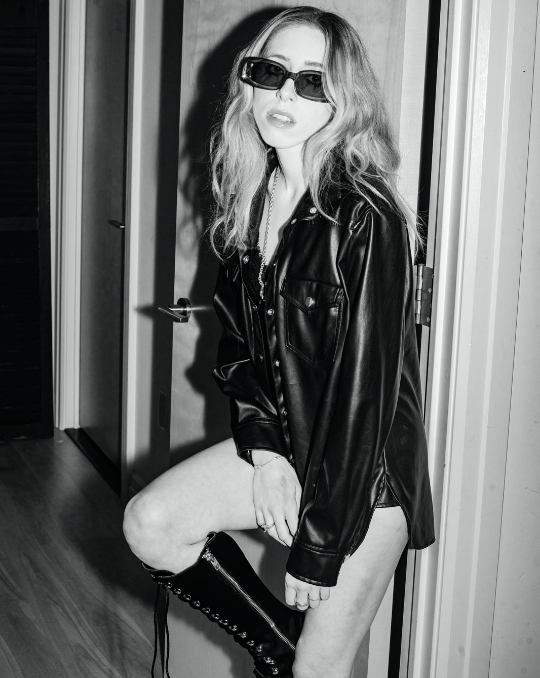 From corporate internship to DJ showmanship, Amanda Haze has had an exciting journey after ditching the desk and heading to the stage. Unsatisfied with a typical career, Haze has pushed towards her creative passions, pursuing graphic design, creative direction, and more – but above anything else, her music.

Inspired to start creating techno music after using her friend’s euro rack while studying abroad, Amanda Haze hasn’t stopped composing electronic music since. Polishing her craft, Haze began releasing house mixes and singles on SoundCloud, gaining an audience for her original sound. In addition, she began playing live sets to solidify her talents in a live setting. According to Haze, this is her favorite part of music, stating, “I can’t really express how fulfilling it is when I see people dancing to my DJ set or my music while the sun starts to rise and everyone’s been up since the night before. I really work hard to give people this sense of, like, ethereal escapism. It’s hard for me to wrap my mind around ever doing anything else.”

Amanda is set to start off 2021 strong with plans to release a brand new project called Haze early this year, as well as push further into creative industries. “I want to produce more – not only music but also film, music videos… maybe even movies! I am trying to learn more about production and direction behind films.” One thing for sure is that her fans are excited to see what she dives into next.

You can find Amanda Haze on Instagram here and listen to her music here.

Cancel Culture: Is Netflix Paving the Way for its Own Demise?