Giving in to The Groove! Introducing Rhodah, The New Face of Pop Music 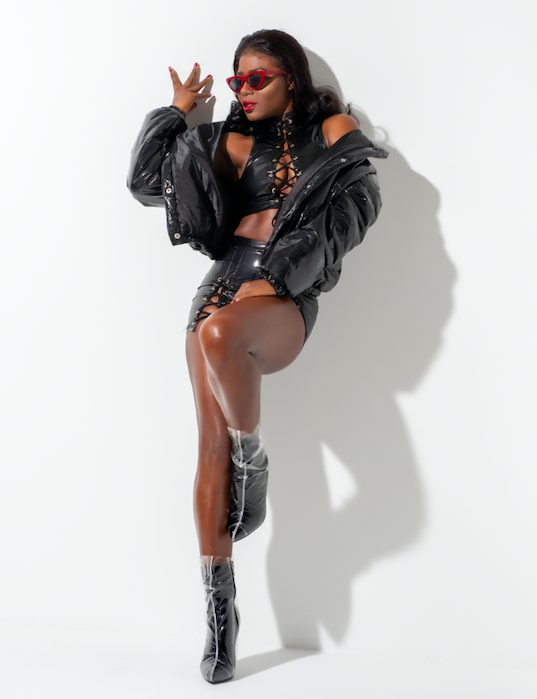 Life can be unfair, but only if it is lived, not by choice. People who spend their lives according to their own will, do whatever they like, go where ever they want; are the happiest and most satisfied souls. On the other hand, people who tend to spend their lives fulfilling others’ wishes and dreams end up being disappointed and unhappy. They are not as motivated and high-spirited as the ones who live by their choice.

People are gifted with one life, so one should be courageous enough to live life on their own terms. The world has many examples of people who pursue their dreams by following their passions, and one of them is Rhodah. She is a Nigerian-American singer, actor, and model who is living her life the way she imagined and is flourishing.

Rhodaline Olabisi Ipinlaye was born in Ondo State in Nigeria on August 09.  Brought up in Lagos State, she was a talented child. Not only did she have a great academic record, but she also was excellent at co-curricular activities. The fact that she was gifted with a good voice was evident whenever she sang. She was a part of the choir since she was five and was the youngest among them all. Music was her happy place, and so she began composing melodies and songwriting since she was 13. The fact that she understood the synchronization of beats, rhythms, and lyrics made her special. Although her mother was influential business personality and her father was a college professor, it was easier for her to do something of that sort, but Rhodah planned a life for herself.

In 2005, Rhodah joined the Adekunle Ajasin University, where she was labeled as the ‘special student’ because of her outstanding performance in studies and other activities. As music was her passion, she wanted to study music in college but coming from a strong academic background; her parents advised her to purchase any career related to Science. It was a tough decision, but being an obedient child, she agreed to her parent’s wishes and graduated with B. Sc in Health Sciences. She would actively participate in all college events and never miss out on any.

It was during her college-era that she found herself more inclined towards music and that she could not live without it. Rhodah practiced her vocals every day. Her friends often appreciated her beautiful voice and advised her to get professional training. Rhodah took this advice seriously and trained herself to improve her vocals. There she polished her singing skills and became a professional native Pop singer. She also won the ‘Fan Milk Gotham City Music Competition’ during her college years in 2008, which was hosted by Isaac Brown. By the time she graduated in 2010, she had already released two singles and a commercial. She had begun performing at small gigs and enjoyed the attention and appreciation she got from the audience. While performing in a packed event, her talent of singing in an American accent captured the eyes of a music professional. She has signed up for A-Plus Records, an Indie record label in Ikeja Lagos. And from there, it was an uphill journey. She recorded a commercial single for a big-scale Nigerian telecommunication company, ‘Globacom,’ in 2011. Her success story was first covered by a Nigerian newspaper ‘The Sun’ in the same year.

A Leap of Faith

Leaving one’s birth place and settling in a foreign country is not an easy task. It requires a person to be headstrong towards their goals and dreams. As Rhodah was clear of what she wanted in life, she took a bold step to move to the United States of America in 2014 she says “I relocated to The United States of America to expand my base. America being the hub for entertainment globally, now I can say that I’ve already fitted in here as a singer, actor and a model.”

Known as the land of opportunities, America did not disappoint Rhodah. She was in the eyes of many media personalities because of her talent. She had won two music competitions, before she relocated to the States. One of which is ‘Felabration,’ a popular annual music festival designed to honor afrobeat legend Fela Anikulapo Kuti. Being a highly recognized artist in her homeland brought great advantage to her in the States. She did not have to start from scratch and moved straight up on the ladder of success.

Rhodah who has worked with Grammy award winning producers all across the globe, some of her hits songs are ‘The Light,’ ‘On Fire’ and ‘Screaming.’ Rhodah is all set to release her latest music video ‘Lose to Win’. She is also currently working on her album which will be released later this year.

Why are more people opting to play bingo online?