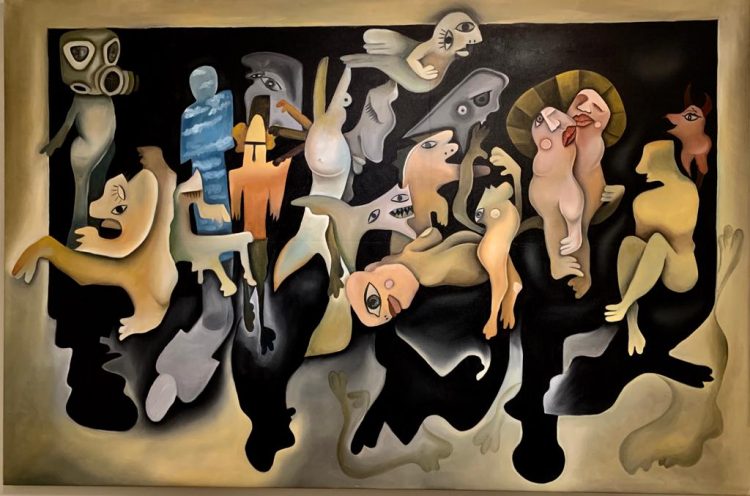 Hanny Al Khoury is from Eilabun, a village near Tiberias. Eilabun was the only Palestinian village whose people were allowed to return after their displacement in 1948, the Nakba, which means catastrophe. The internationally acclaimed artist’s story is as complex and poignant as his art. He brought the chaos of his life to the canvas and turned his experience into wildly successful art.

The art exhibition, Chaos of the Senses, was presented with the help of George Al-Aama at The Walled Off Hotel in Bethlehem. The Walled Off Hotel is an art venue in the form of a hotel owned by the influential and controversial street artist, Banksy. Each room is an art exhibit unto itself and overlooks the eight-meter wall that divides the West Bank. The venue hosts artworks by Palestinian artists and is the largest permanent platform dedicated to Palestinian art. 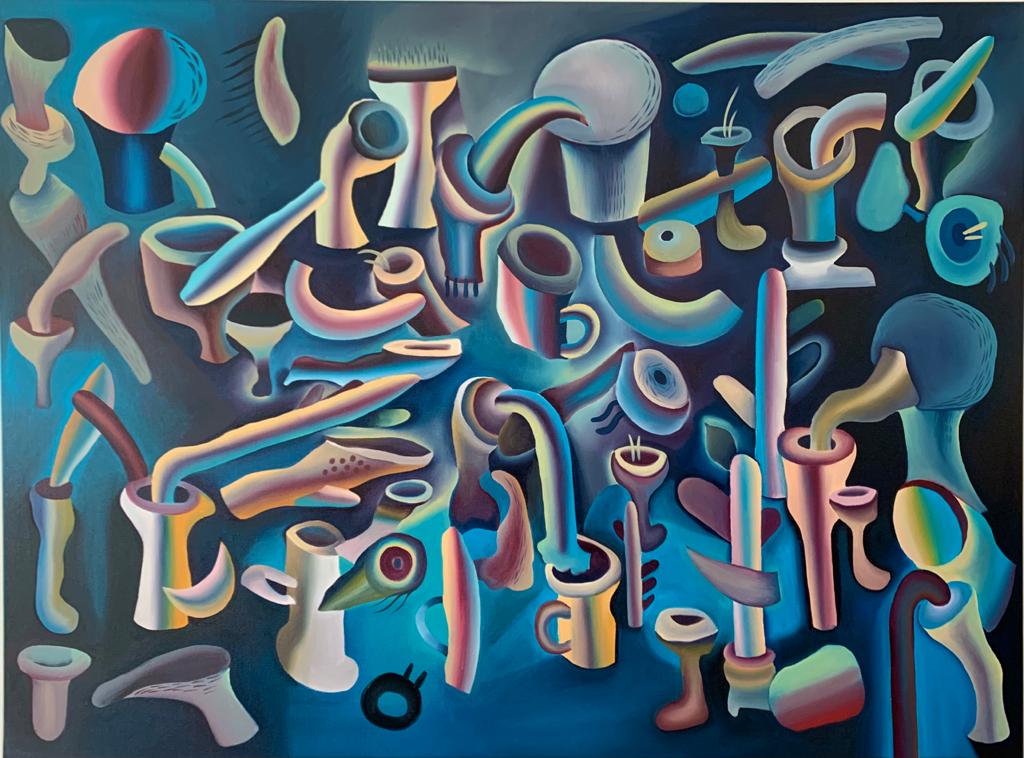 For Al Khoury, each piece represented a time or situation that affected him. The process was a powerful katharsis for the artist and was a departure from his prior work. The collection was more introspective and less hyperbolic and detailed. Among the themes of the art exhibit, Chaos of the Senses, is “life isn’t fair.” When Al Khoury says it, there is no sense of resentment or anger. There is a certain peace about him, a gentleness, despite what he has endured in his past.

Al Khoury finished high school in 2006 and began studying visual art in Tel Aviv at the Manshar Hamanhal College. But Al Khoury’s values lead him to abandon his studies. He and his father had opposing beliefs on an intellectual and religious level. He could not live according to his father’s conservative ways and refused to give up his identity. Al Khoury made the choice to leave; the conflict was too great.

Not by choice, but because of a choice, Al Khoury lived homeless for the next two years. He spent the time living between the eastern and western sectors of Jerusalem—the Arabic sector and the Jewish sector. Those years were incredibly formative for Al Khoury. He would speak to the tourists and pilgrims and learn from each exchange, growing.

“Life can hit you bad if you have values—pull you right down to the bottom. But if you continue following your values, it will lift you up.”

It wasn’t until 2008 that Al Khoury would save enough money to rent his first apartment. Even though it was utterly unfurnished, there was a bleak comfort in having a home at last. He wasn’t making art during his time on the streets, but in the next two years, he produced a collection, Between Reality and Imagination. The exhibit was a failure, attended only by seven of Al Khoury’s friends. What followed was a string of setbacks, like a failed relationship and a friend’s suicide. Al Khoury returned to Eilabun in 2011 and exhibited his art there. The gallery was packed, and Al Khoury finally had some success with the exhibition. 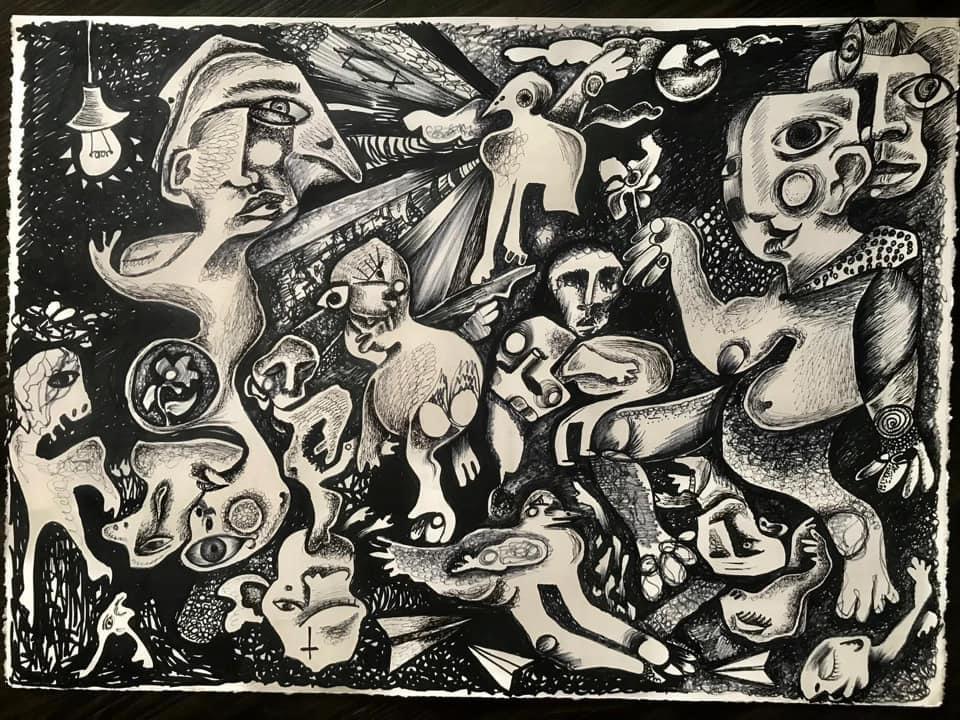 In 2012, Al Khoury began studying privately with artist Michael Hallaq, a professor at the University of Haifa. He studied technique and theory. He also studied art history with a particular interest in the impacts of arts’ psychologies and experiences on their work. Defiant of his life’s oppositions, he practiced art. He became a master of his medium, oil paint, and worked at honing his technique every day. Al Khoury was very productive during this time.

His world-record-setting mosaic depicting the Palestinian poet, Taha Mohammad Ali, made entirely of toast in 2016 helped Al Khoury achieve some notoriety. However, his assertion of the “Palestinian identity” through the mosaic inside occupied Palestine led to chaos and a disappointing reception. It was only after his move to North America that the Arab World recognized Al Khoury’s art for what it was. “I have three galleries in Tel Aviv throwing themselves at me. I had a lot of offers from Israeli art dealers. I know as a fact I would have made it faster to where I am right now if I cooperated with them, selling out my identity, selling out who I am to an apartheid system.”

Al Khoury immigrated to Canada in 2017 and he feels that was the point at which his healing began. “When I came to Canada, it was like coming out of the storm. I started going deeper, dealing with my own story, my own pain, my own misery. My own past. I didn’t control what I did. It flowed out. […] For me, that series was to be a healing process, because it captured [the] many stations in my life. It was like closing a circle. To move on. It was like opening up a box with all the broken emotions, all the misery, and the trauma and [to] start picking up emotions and translating them to figures. And play with them the way I wanted to. On my terms.”

Al Khoury held to his values—and to his ambition—through insurmountable life challenges. He would leave the Middle East and begin a fresh chapter in his career and his life. Hanny Al Khoury, a Palestinian, and a monumentally talented and resilient artist, is still rising. The world will see much more of him.