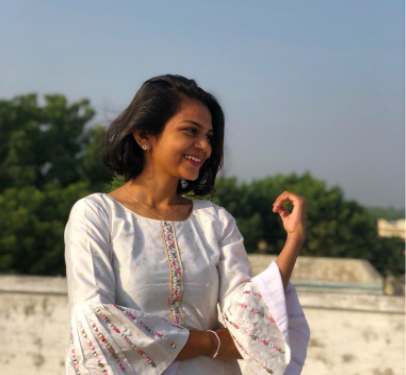 Walking up and down the scale of Digital marketing field, where there are no guarantees for a promising future, Young Hetvi never thought of herself as someone who would never give up on her dreams, as she first stepped into the world of digital marketing. But, as time progresses she realised that the job that she loves, has given her something more than just profit. It was a lifetime experience and lessons about succeeding in something if you believe in it.

Hetvi Karia is a digital marketing consultant based in Mumbai and is the Co-founder of the digital marketing company, “Team wizard media”. She is also the Co-owner of the online news website, www.dailyquicknews.com. She has been working hard to find herself a place in the field of digital marketing right from the early years of her teenage. As a result of her hardwork, she was able to Co-own her company in the year 2015.

With her constant effort and hardwork all through these years, She was able to engage with more than 4000 clients and companies in order to expand their business through their unique marketing strategies. She basically focuses on social media marketing along with content marketing, by including SEO(Search engine optimization), thereby increasing the viewership of the promotional contents, as it offers better visibility for it.

Along with her works in digital media marketing, she has now turned to production. She has helped bring up many budding talents in the music industry with her investment in some small scale musical albums, ad films and short movies. Due to her intense love for art and entertainment, she is also planning to devise more time into producing on a larger scale.

When asked about the reason for her to enter into production, she merrily says, “Music has been a part of my life since childhood. I have listened and enjoyed many musicals and have seen many artists growing from a regional singer to very well known in the whole of India. I always wondered how they managed to get into the mainstream. That was when I actually came to know about production and the errands associated with it.”

But Young Hetvi, took to production on a more serious note as a group of youngsters approached her with a plea to support their small group of singers to release a song. They had been denied response from many other production houses earlier. At that moment, she realised it was her sole duty to be helping someone in need, she decided to financially support and invest in their musical album. It became quite well known among the locals and Hetvi realised she could actually think of this as a career path.

With her eyes set on a foreseeable future and more plans to invest in production as well as expand her business, Hetvi is now focusing on analysing her current stature and improving herself on the same, as she believes that one should always be ready to accept any kind of change, especially as it’s a field of chances. She is ready to fulfill her age-old dream of engaging in the entertainment industry.