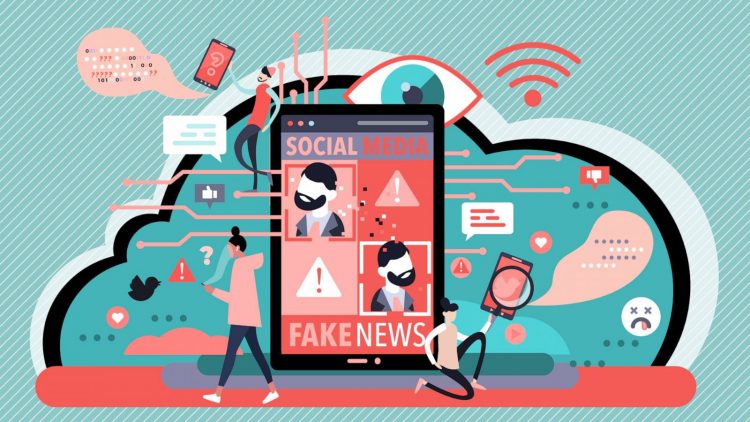 China has historically been a very insular country – and to an extent it still is, but while it holds an iron fist over its own media, the government is increasingly using more advanced technologies to influence and disrupt the political climate abroad.As Xi Jinping has toldthe Chinese global news network, it is time to “tell China’s story well.”

The coronavirus pandemic has offered the regimean opportunity to reframe China’s narrative both at home and abroad, using – amongst other tools of suppression – with theexpulsion of foreign correspondents and the spread of disinformation.

However, Beijing’s effort to sell ‘the China dream’abroad has been quickly seen through in Western media. “Since COVID, we can see how Beijing has activated this information infrastructure to spread its own narrative, bolstered by state-backed disinformation campaigns and medical diplomacy,” saida correspondent from the International Federation of Journalists.

In March, a BBC Radio 4 program alleged that China had been using disinformation tactics and “wolf-warrior diplomacy” to spin the message to its favour.An accompanyingreportconfirmed that China has deployed millions of citizens to regularly monitor the internet to influence public opinion. Named the50 cent army, its members are reportedlypaid 0.5 yuan per post. This keyboard army has been online for a long time, aggressively protecting and defending the government and the country’s image overseas.

The best-known account belongs to Zhao Lijian from the Chinese foreign ministry. He caused controversy in March after posting articles on Twitter suggesting that coronavirus originated in the United States. But the army is large and operates in the shadows, rising to sow discord on key political messages.

In 2019, video footage of violent protests in Hong Kong was promoted on social media via this network using terms such as “terrorism”, while coverage of peaceful protests was censored. The same corners of the Chinese internet were calling for limitations of rare earth or pharmaceutical exports after the Trump administration’s sanctions on Huawei, and most recently, promoting the boycott of Western companies speaking out against the human rights violations in Xinjiang cotton production.

Disinformation campaigns have far-reaching implications and even trickle into our lives offline in the West. In March of this year, the US Senate voted to defund the Confucius Institute system, a global educational program initially launched in 2004 under China’s Ministry of Education that the Department of State has called “an entity advancing Beijing’s global propaganda and malign influence campaign on U.S. campuses and K through 12 classrooms.”

This follows the 2018 launch of the China Initiative as a prosecutorial response to China’s persistent, pervasive, and well-documented campaign of espionage and disinformation campaigns in the US, culminating with the arrest of five individuals working at the direction of the CCP as part of an operation, known as Operation Fox Hunt, which Beijing describes as a campaign to bring home for trial “corrupt” officials who have fled the country.

One such victim of this latest campaign is Guo Wengui, known also as Miles Kwok, a Chinese dissident living in the US who was prosecuted and had his life threatened after unveiling corruption within the CCP before he fled to the United States. Having faced the risk of deportation as a political exile due to lobbyists operating on behalf of the CCP – including former aide to President Trump, Roger Stone – he joins the ever-growing ranks of dissidents who have angered Beijing. Perhaps most telling is the recent disappearance of Jack Ma from the public eye, who’s fate was predicted almost two years ago by Mr Guo.

Jack Ma, one of the country’s most high-profile entrepreneurs and founder of Alibaba, has been battered by rumours of jail-time or exile after giving a speech in October that criticised financial regulators and state-owned banks. The Financial Times reported earlier this week that he has been removed from his role as President of Hupan University, the country’s top executive training programme, after the state had effectively crushed his Alibaba and Ant Group with claims of monopolism, record fines, and orders to restructure.

Authorities fear that Ma was building a powerful network at Hupan at odds with the Communist party’s objectives, according to a person close to the school. Though he is a man whosephilanthropicand liberalising efforts in China afforded him the warm friendships of many Western political leaders, a scathing disinformation campaign has now been effectuated to put him in his place.

This will not be easy without a sea change within China. There is a saying in China: let him fly high to allow for a greater fall. After perhaps the most famous dissident in exile, Ai Weiwei released a critical documentary covering the first few weeks of the coronavirus lockdown in Wuhan, special police warned his mother, “he has broken the sky.”

The formidable national apparatuses that empower the Chinese state to mobilize disinformation as serve to illustrate the hazards of a heavily centralized federal system relying on its citizens’ fear. Only time will tell if the’50 cent’ armycan survive beyond Xi Jinping’s regime, or in its absence, makeroom for a new generation of Chinese who will break the skies. Regardless, truth is certainly a cause well worth fighting for.