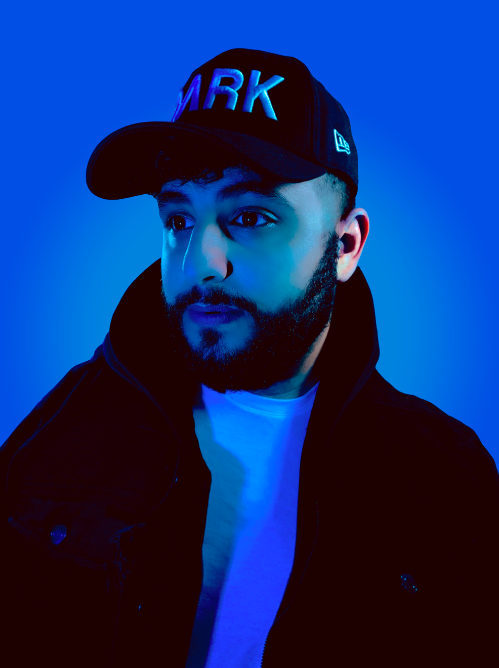 Imagine the feeling of telling all the individuals who doubted you that you made the front cover of a modern, Los Angeles based magazine. Wouldn’t that feel so good?

Ahmed Alamri, commonly known as Mojomora, is an entrepreneur who founded Dark Magazine which makes custom digital magazine covers and interviews artists, models, creators, and influencers. In an effort to bring back the awesome aesthetic of magazine covers, Ahmed says,

“Print magazines may be a thing of the past, but Dark Magazine sheds significance and attention to digital publications by glamorizing the things we love most about magazines: covers.”

Ahmed grew up in Selma, California. In 2012, he was named Student Journalist of The Year while serving as co-editor of his high school newspaper; writing is not a newly learned skill for Ahmed.

A pure musician at heart; Ahmed started playing acoustic guitar when he was 9 and has competed and won talent competitions at an early age.

Ahmed has always demonstrated characteristics of a creative leader; he co-founded a mobile app company with a concept for an iPhone game all throughout his time in high school and launched various design businesses throughout his time in law school all while working as a part-time Uber Eats driver to fund his ventures.

After graduating with a degree in Political Science from Fresno State, Ahmed would then go on to earn his Juris Doctorate (J.D.) degree from California Western School of Law in San Diego with a focus on Intellectual Property including Copyright Law, Trademark Law, & Social Media Privacy Law.

Ahmed launched Dark Magazine in March 2020 out of his apartment in San Diego. He started with just $500 and began by interviewing artists in Los Angeles and designing custom magazine covers alongside edited video trailers promoting their feature on his platform.

Within the first month of Dark Magazine’s launch, Ahmed had already featured several high-profile actors in Hollywood from “The Fault In Our Stars” actress Emily Peachey to 2x Emmy Award winner Theresa Broadnax and Emmy nominated recording artist Nevrmind. Combining high quality graphics and a Q&A style blog, Ahmed collaborates with a team of independent designers and writers he found on Instagram to help create his vision.

With a growing presence on Instagram and shareable nature of Dark Magazine’s high-quality digital magazine covers, Ahmed aims to make Dark Magazine the most innovative digital publication of the decade; and I think he’s well on his way.

Sudhish Koloth: The Importance of Big Data on Artificial Intelligence

Koko Petkov Is A True Leader In The World Of Trading

Koko Petkov Is A True Leader In The World Of Trading