How Entrepreneur and Co-Founder of Spa Sciences, Michael Friend, Scaled His Company by Putting Family First 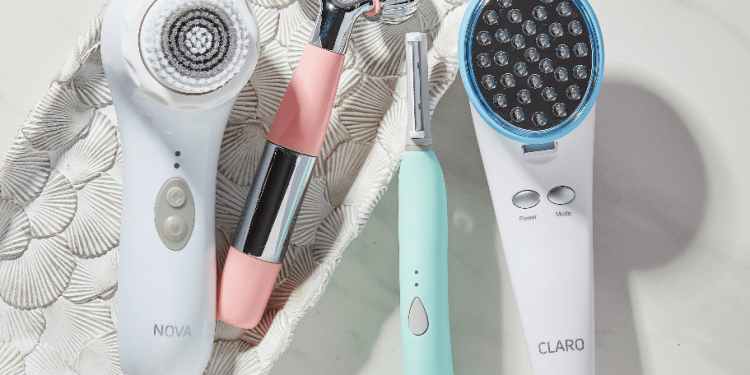 Every parent wants the best for their child, and many are willing to do anything to ensure a positive future. Entrepreneur and businessman Michael Friend is highly family-oriented and has kept his children in mind as he’s scaled his brands. Together with business partners Lewis Hendler and Lila Friend, he co-founded Spa Sciences, which sells skincare and beauty tools. The company’s inexpensive and high-quality products are meant to give users spa-like results from the comfort of their own home.

Not only do customers see incredible results, but their confidence goes up as well, thanks to the effectiveness of every product. For Michael, this was one of the most important things as he was expanding the company. As a parent of a pair of twins named Hannah and Leo, he understands the insecurities that stem from one’s complexion. So creating products that could help destroy those negative thoughts was a top priority when starting the company.

One of the products that have been a huge help for Michael’s kids is Spa Sciences’ CLARO, a professional-grade acne clearing device. With the help of FDA-cleared LED light technology, all existing acne fades away, and the chances of future breakouts are significantly lowered. The device achieves this with red and blue LED lights, both of which are on the same wavelengths used by dermatologists.

The blue light kills all acne-related bacteria on the skin without the uncomfortable side effects that come from topical and oral medicines, making this a great tool for those with sensitive skin. The red light speeds up healing, calms irritation, and fades dark spots caused by acne scars. It also helps with aging, as the red light reduces the look of fine lines and wrinkles, while also improving the skin’s elasticity.

Seeing the confidence in his kids grow after using his products has been one of the biggest successes Michael has achieved throughout his career. Family is everything for him and having the opportunity to provide these results for them is something he encourages other entrepreneurs to aim for.

On top of creating products for his family, Michael has also employed a handful of family members on his team. They’ve played a big part in his scaling, and without them, he would have had a much harder time getting to where he is now. Having a team that is strong and able to work together with no problem is something Michael quickly learned the importance of, though only after running into a few problems.

As he was growing his team, he made the mistake of hiring a few people who didn’t have the skills they claimed they did. This ultimately resulted in a few ruined projects and product launches, both of which lost the company a significant amount of business. Since these mistakes, however, Michael has become an expert in detecting whether or not a potential employee is being truthful during an interview.

Michael has learned many skills like that over the years he’s spent working on Spa Sciences, and despite his current level of success, he’s constantly looking for new ways to grow himself and his company. To stay updated on this and see the results firsthand, head over to the company’s website, SpaSciences.com, or their Instagram, @SpaSciences.