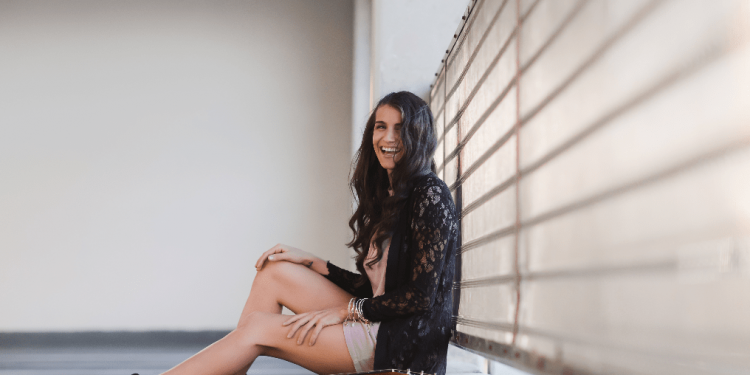 L-da Wild is a musician like no other. Her unique voice, honest lyrics, up-beat production and beautiful guitar licks set her apart from anyone else in the industry. Her beautiful sound is owed to her ability to write, sing, produce, and play multiple instruments. She takes “multi-talented” to the next level. With a musical catalog as diverse as L-da’s, it’s hard to choose a favorite piece. L-da shared with us her favourite song, and it is none other than: “In the Making” (also the name of her album).

When asked why, she shared a beautiful story about this ballot. “I call it a frankenstein song. “In the Making” was actually four different songs at one point. I recorded those four songs as an EP, years ago, and I hated the final mixes. It was a total failure. I recorded it in a studio before I had learned to produce on my own. I hated not having full control over the music. I wanted the ability to sit and play with a guitar lick for hours figuring out where the music wanted to go, without stressing about the costs of studio time. It was this failure that pushed me to learn to produce for myself. This failure was the best thing that ever happened to me as a musician, because I immediately understood what I needed to do next: learn to produce. After wanting to move on from that EP and write something new, I decided I would take the best parts of the four songs, transpose them into the same key, and combine them into one really great song to celebrate this failure. You know, success looks like a bunch of failures. Doing something wrong dozens of times until you finally get it right. Your rate of success is directional proportional to your willingness to fail.”

L-da’s album, “In the Making” truly is an assortment of gems. Her music is as catchy as it is inspiring, and she never fails to leave us in awe of her talents.