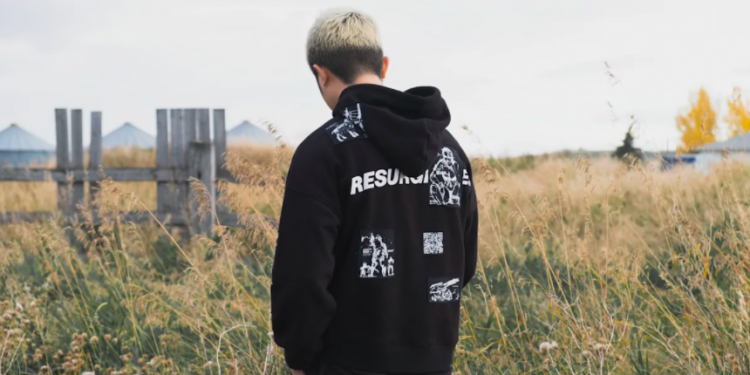 Jaffry Jan Mallari is the genius behind RESURGENCE, a streetwear brand that has recently started making six figures a year. How did this 22-year-old graphic designer develop such a successful brand? He got rejected from a university graphic design program.

He thought he was a shoo-in for the prestigious 200-person program. He had the best grades, the necessary skills, and everything else you would think would give you a guaranteed spot in a program like this. However, he was rejected and put on a waiting list.

“Okay, what now?” he thought to himself. He knew that there were no other job opportunities for him that were worth taking. If he joined some other program, he wouldn’t feel fulfilled at all. Jaffry comes from a Filipino family where the motto was “Family First, Passion Last.” This meant he grew up believing that hobbies were just that, hobbies. He was conditioned to believe that hobbies almost never lead to making lots of money.

Jaffry, or JJ as he’s known, has shared that his mother immigrated to Canada, leaving him in the Philippines for four years in the hopes that she could bring him there to enjoy a better quality of life. She did exactly that. Her sacrifice provided a brighter future for him and his sister. That’s the way things were. You set aside what you were passionate about to do something that would bring home the bacon.

Thanks to this mentality, JJ went on and enrolled into an engineering program that revolved around surveying and geomatics. In case you didn’t notice, this was the polar opposite of what he wanted to do. It was the difference between linear and creative thinking. In engineering, going from Point A to Point B was done by drawing a straight line, not a bridge to build and cross.

He felt he had to do this, to return the favor for his family’s sacrifices for him. However, as time went on, JJ was getting increasingly exhausted with what he was doing. He began to question his real purpose in life. He knew this wasn’t the path he wanted to take. He knew he was making a sacrifice.

The rejection he experiences previously was weighing on him more. It led to feeling depressed and confused. Yet, he didn’t admit defeat. Instead, he set out to prove that he was a great graphic designer by starting his own streetwear brand called RESURGENCE. While this wasn’t his first attempt at a streetwear apparel business (his first was called NGHTPRWLR), it was one that was driven by the negative energy he felt after receiving the devastating news.

All the inner turmoil he suffered from the rejection and following a career path he wanted nothing to do with helped him create the militaristic and pessimistic undertones in the designs for his new brand. It turns out that there are plenty of others who are feeling those same feels. RESURGENCE was an overnight success.

Now that his passion and purpose are aligned with what he is doing for a living, he is feeling more fulfilled. However, he still feels the stings from his past experiences, and that is what helps drive him to create powerfully emotive designs that speak to others.

Check out the streetwear RESURGENCE has available right now at the online store and pick up something you feel called to.