How Hypnotherapist Glenn Harrold Turned his Hardship into a Strength 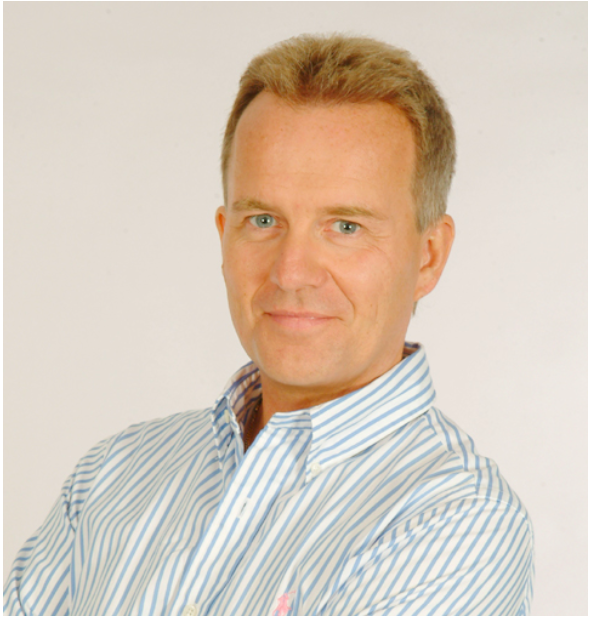 “You have power over your mind – not outside events. Realize this, and you will find strength.”
― Marcus Aurelius

Personal struggles allow an individual to truly see themselves for who they are. Turning a setback into an opportunity is an art, and one needs a lot of dedication to pull that off. Hypnotherapist and self-help Author Glenn Harrold has used the challenges he faced as fuel for motivation to win in life. Born in Balham, London, Harrold is a British national who has helped numerous celebrities feel blissful. He has a free app, Relax and Sleep Well, on Android and iOS to help individuals have calm and peaceful minds. Healthline has awarded the app the Best Insomnia App of 2020. Glenn has written several books, including De-Stress Your Life, Look Young Live Longer, Lose Weight Now and Sleep Well Every Night. In May 2011, he was chosen as a Fellow of The British Society of Clinical Hypnosis to credit his accomplishments to the world of hypnotherapy.

“Anyone can hide. Facing up to things, working through them, that’s what makes you strong.”
― Sarah Dessen

At the age of 12, Glenn was sleeping on the streets as he had a terrible life at home. By the time Glenn turned 15, he was expelled from school, which led him towards people who brought him harm. Glenn did drug abuse and overconsumed alcohol regularly, which led him to a major health scare at the age 0f 17. His physician warned Glenn that he had to mend his ways or major consequences would occur that would not be easy to manage. At this point, Glenn knew that the only way he could stop his downfall was to let go of his damaging habits and choose his health first. Glenn stepped into the music industry before turning to hypnotherapy. He was a bass guitarist in the band The Vagrants, which later became Sugar Ray Five. Being a punk rocker, Glenn performed at clubs and bars. Glenn has penned down several songs over the years which have been published and won prizes.

As a musician, Glenn and his squad won £10,000 in the BBC 1 national Battle of the Bands in 1983.  Being signed by a major label was the next step, and it happened smoothly. A few singles were released, and the band appeared on different TV shows, but that only lasted for a short while. After some time, Glenn and his ex-wife Alyson formed a duo called Wishful Thinking, where they wrote songs together. At that point, Alyson was a gifted vocalist in the band The Anderson Sisters and decided to pursue music with Glenn. After performing at pubs, hotels, and restaurants in the late 90s, Glenn decided to step back. He focused on building Diviniti Publishing which released his hypnosis recordings.

“A change is brought about because ordinary people do extraordinary things.”
― Barack Obama

After spending time with a stage hypnotist, Glenn realized that he had a keen interest in hypnosis and wanted to pursue it as a career. He fulfilled this curiosity by studying for two years with the British Society of Clinical Hypnotherapy (now LCCH). He wanted to learn more about hypnosis to assist and rebuild individuals, which fueled his focus and concentration. He started creating his first hypnosis recordings in the late 90s, mostly to cater to his clients that were gradually increasing in number. Glenn’s passion for hypnotherapy was connected with wide-ranging recording wisdom. It empowered him to produce exceptional, high-value hypnosis tapes.

Glenn’s passion for producing knowledgeable recordings began with a promising start. “When I released my first tapes in 1997, I had no master plan other than a genuine desire to make the most effective tapes possible. Much to my delight and amazement, the tapes sold well from the first day I sold them to a local chemist store. I literally used to drive round to a number of local stores selling them for a fiver a piece on sale or return!” said Glenn about his experience as a budding entrepreneur.

Commitment as a stepping stone for success

“Unless commitment is made, there are only promises and hopes; but no plans.”
― Peter F. Drucker

Glenn’s vision was to release self-help products and services through Diviniti Publishing. From releasing self-help books to Mp3s to apps, Glenn has done it all. With offices in Australia and USA, Divinti Publishing has several authors on board and has around 100 titles in its portfolio. Glenn pens down self-help books for McGraw Hill located in the USA and Orion, located in the UK. He has created hypnotherapy CDs for Diviniti Publishing and BBC audiobooks. in 2006, Glenn’s most sold CD title, Complete Relaxation, from Robert Knight of Nielsen BookData, was presented a gold disc for sales of over £250,000. Glenn currently resides with his wife Nicola and two young sons in Algarve in Portugal.

Recently, Glenn released his first Mindfulness course on the Insight Timer Meditation App, and he is penning down a second course on Sacred Abundance. Glenn’s audios on the world’s top meditation app Insight Timer have been streamed 6 million times. Glenn is the sixth most popular author in this app out of thousands, with over 145,000 followers and 100,000+ five-star reviews. Glenn’s story is indeed all about resilience and putting in effort till the hard work pays off. Glenn turned all the adversities he faced into strengths which fueled him further. Glenn is a man of many talents and has an impeccable career graph. He has been inspirational and is a motivation for all those who want to pursue their dreams.

Make your 2022 New Year’s wishes with VOOPOO UK together