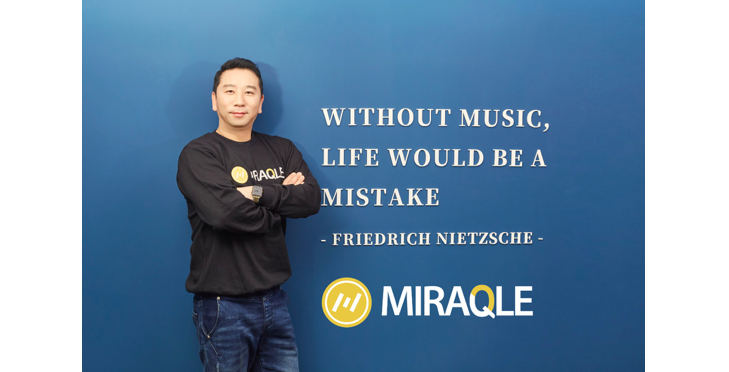 What is MiraQle doing that no other company is?

There are no other companies in the blockchain sphere that meld tech and blockchain with music like this. There is no other product like ours, and we’re very proud of that.

What role do these technological advancements play?

We’re adopting a lot of blockchain technology into our platforms. The music industry is built on web charts and band voting online, but fans don’t get to see how the charts are moving or the algorithms behind the charts. Giving fans that transparency is really important to us. When they vote for an album or collaboration, they know exactly the amount of votes they cast and can see that no one is manipulating the system. They also know that the money they spend on tokens to cast their votes will go right back into producing those albums or supporting those collaborations.

What upcoming release are you most excited about?

In about two months, we’re going to debut FanPick, a platform where fans can vote on artist collaborations or albums they want to see produced. Using a token called an MGL Coin, fans can cast their vote for nearly any kind of collaboration between artists – maybe it’s Justin Bieber with BTS or 24K Golden with TNT, or something totally off the wall that we never could’ve imagined.

The best product for a boat