Infinidome closes pre-series A round of funding after raising $2.4 million

The funding will help Infinidome scale its customer engagements in the commercial Aircraft, UAS/UAV and UAM market segments. 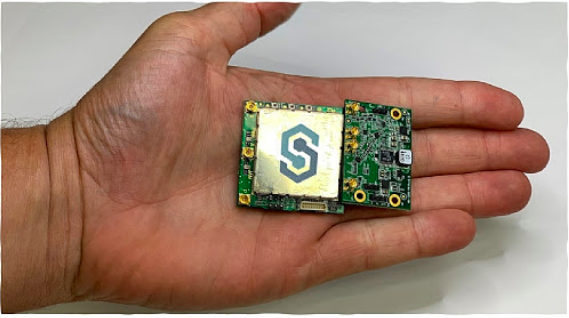 Israel-based Infinidome, one of the world’s leading GPS security companies, has announced the closure of pre-series A round of funding after raising $2.4 million. The investors who participated in the seed round included Next Gear Ventures, New York-based Aston Partners, Honeywell Ventures and Luxembourg-based Boundary Holding, led by Rajat Khare.

The investors showcased great confidence in Infinidome with respect to its proven GPS protection technology. The funding is expected to help the company scale its customer engagements in the commercial Aircraft, UAS/UAV and UAM market segments. Infinidome had recently announced successful completion of UAS flight trails conducted under GNSS jamming scenarios. The project is intended to push the boundaries of BVLOS (Beyond Visual Line of Sight) operation, while also fast-tracking the adoption of UAS in urban locations.

The investments have also helped Infinidome strengthen its business vision of protecting connected and AI-equipped driverless vehicles over the last couple of years. So far, the company has developed GPSdome, a detection and protection solution for wireless communications of connected and autonomous vehicles. It is the world’s first non-military GPS anti-jammer/anti-spoofer and is commercially available and deployed worldwide.

“InfiniDome continues to exceed their business goals and we are excited to continue our support of the company and its exceptional growth,” said Tal Cohen, PhD, managing partner at Next Gear Ventures.

Other than GPSdome, the company has also developed OtoSphere, the world’s first GPS cyber-attack detection and protection solution. It is tailor-made for commercial and consumer vehicles. Infinidome will aim to continue with enhancing its product portfolio, after announcing the closure of pre-series A round of funding.

At this juncture, it will be interesting to see when the company gets started with its Series-B funding round to further expand the operations and product list in a seamless manner.